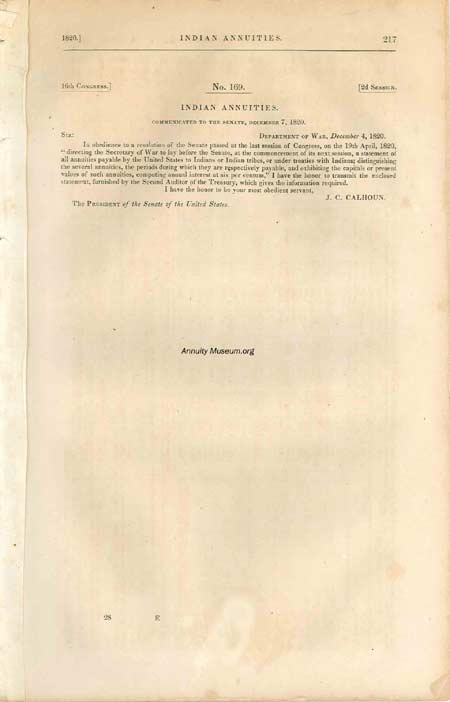 Record of Indian Annuities. "Communicated to the Senate, December 7, 1820. Department of War, December 4, 1820. Sir: In obedience to a resolution of the Senate passed at the last session of Congress, on the 19th April, 1820, "directing the Secretary of War to lay before the Senate, at the commencement of its next session, a statement of all annuities payable by the United States to Indians or Indian tribes, or under treaties with Indians; distinguishing the several annuities, the periods during which they are respectively payable, and exhibiting the capitals or present values of such annuities, computing annual interest at six per centum," I have the honor to transmit the enclosed statement, furnished by the Second Auditor of the Treasury, which gives the information required. I have the honor to be your most obedient servant, J.C. Calhoun." - Record of annuities paid to Native American tribes, as well as treaties and trade with these tribes in 1820. 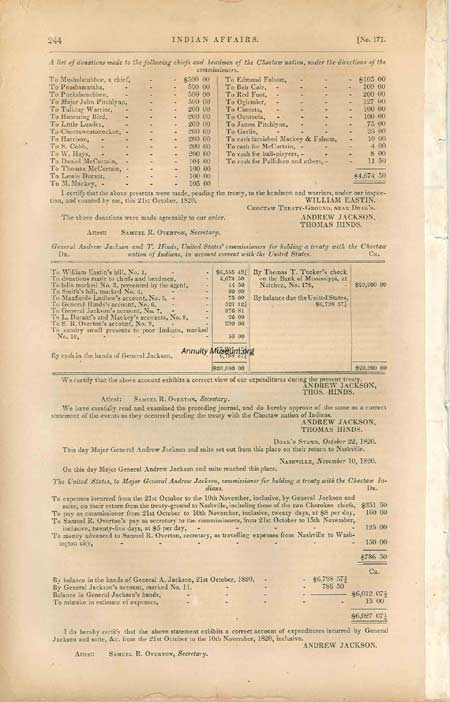