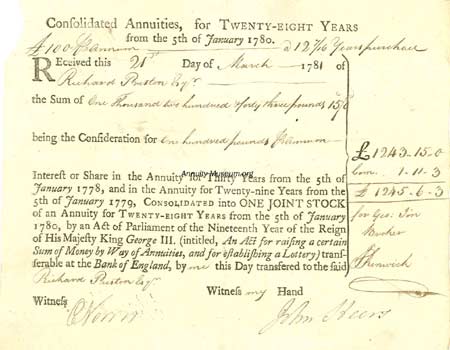 Received this 21st Day of March 1781 of Richard Preston Esq. the Sum of One thousand two hundred and forty three pounds 15/0 being the Consideration for one hundred pounds per annum. Interest or Share in the Annuity for Thirty Years from the 5th of January 1778 and in the Annuity for Twenty-nine Years from the fifth of January 1779, Consolidated into One Joint Stock of an Annuity for Twenty-eight Years from the 5th of January 1780, by an Act of Parliament of the Nineteenth Year of the Reign of His Majesty King George III (intitled, An Act for raising a certain Sum of Money by Way of Annuities, and for establishing a Lottery) transferable at the Bank of England, by me this Day transferred to the said Richard Preston Esq. 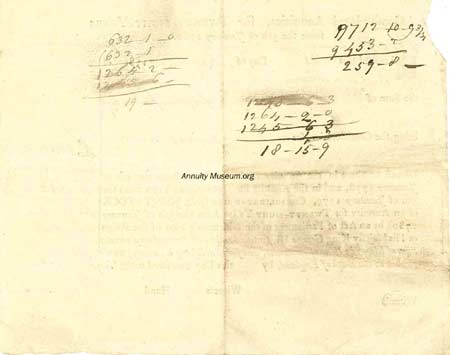