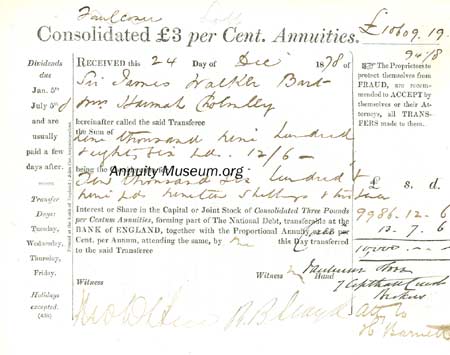 Received this 24 Day of Dec 1878 of Sir James Walker Bart. and Mrs Hannah Cholmley hereinafter called the said Transferee the Sum of nine thousand nine hundred and eighty six pounds 12/6 being the Consideration for ten thousand six hundred and nine pounds, nineteen shillings and two pence. Interest or Share in the Joint Stock of Three per Cent. Annuities, erected by an Act of Parliament of the 25th Year of the Reign of King George II entitled, an Act for converting the several Annuities, therein mentioned, into several Joint Stocks of Annuities, transferable at the Bank of England, to be charged on the Sinking Fund; and by several subsequent Acts, together with the Proportional Annuity at 3 per Cent. per Annum, attending the same by me this Day transferred to the said Transferee. 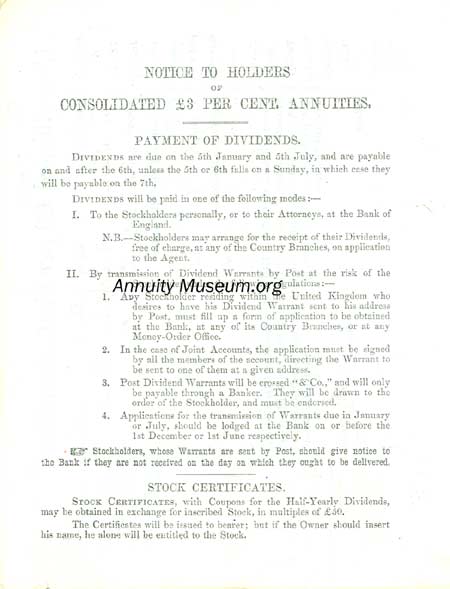