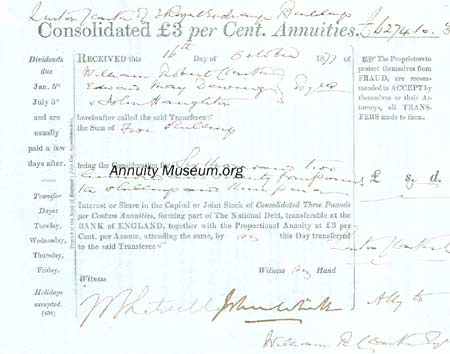 Received this 16 Day of October 1877 of William Robert Clarke Esq. Edward May Dewing Esq. and John Haughton Esq. hereinafter called the said Transferees the Sum of five shillings being the Consideration for six thousand two hundred and seventy four pounds, ten shillings and three pence. Interest or Share in the Joint Stock of Consolidated Three Pounds per Centum Annuities, forming part of The National Debt, transferable at the Bank of England, together with the Proportional Annuity at 3 per Cent. per Annum, attending the same by me this Day transferred to the said Transferees. 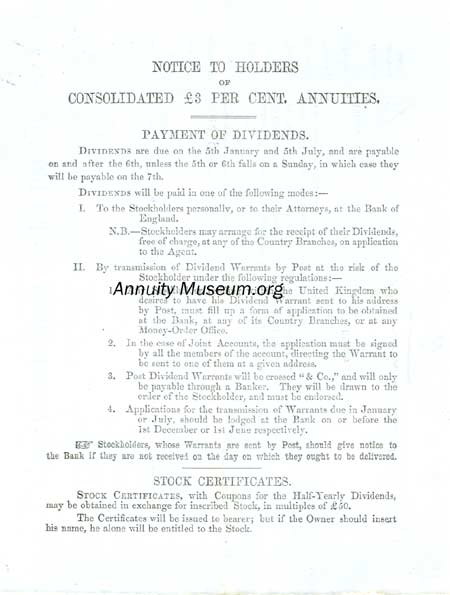