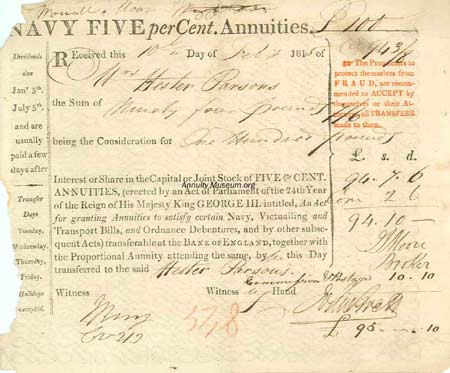 Received this 10th Day of February 1815 of Mrs. Hester Parsons the Sum of Ninety four Pounds 7/6 being the Consideration for One Hundred Pounds. Interest or Share in the Capital or Joint Stock of Five per Cent Annuities, (erected by an Act of Parliament of the 24th Year of the Reign of His Majesty King George III intitled, An Act for granting Annuities to satisfy certain Navy, Victualling and Transport Bills, and Ordnance Debentures, and by other subsequent Acts) transferable at the Bank of England, together with the Proportional Annuity attending the same, by me this Day transferred to the said Hester Parsons. 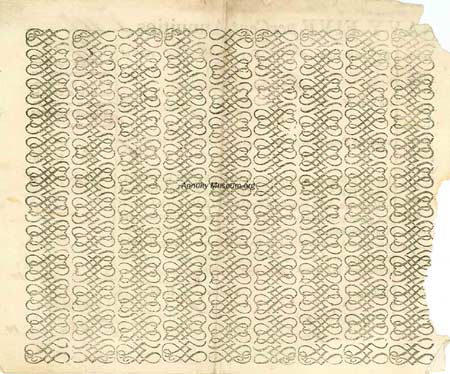