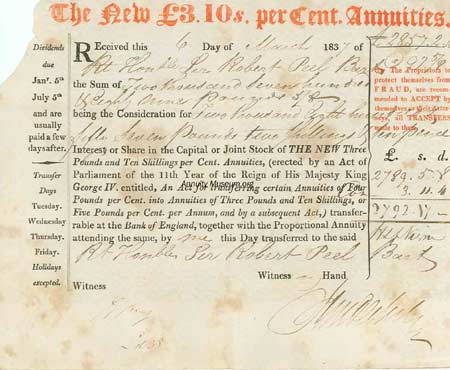 Received this 6 Day of March 1837 of Rt Honorable Sir Robert Peel Bart. the Sum of Two thousand seven hundred and eighty pounds 3/8 being the Consideration for Two thousand eight hundred and sixty seven pounds twov shillings and ten pence. Interest or Share in the Capital or Joint Stock of The New Three Pounds and Ten Shillings per Cent. Annuities, (erected by an Act of Parliament of the 11th Year of the Reign of His Majesty King George IV. entitled, An Act for transferring certain Annuities of Four Pounds per Cent. into Annuities of Three Pounds and Ten Shillings, or Five Pounds per Cent. per Annum, and by a subsequent Act,) transferrable at the Bank of England, together with the Proportional Annuity attending the same, by me this Day transferred to the said Rt Honorable Sir Robert Peel Bart. 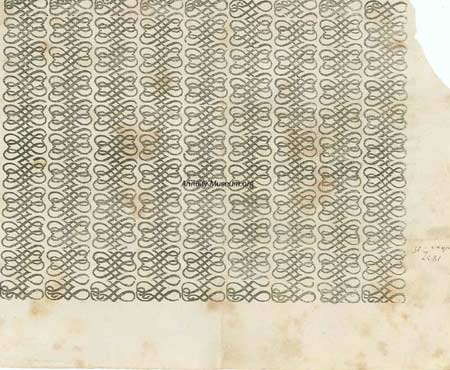