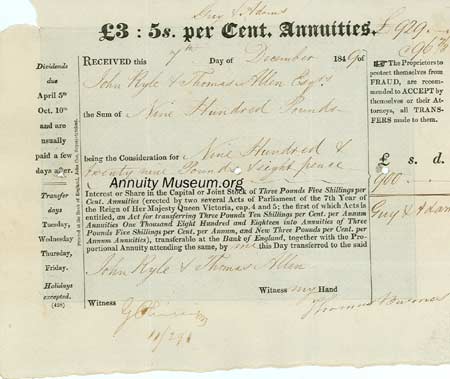 Received this 7th Day of December 1849 of John Ryle and Thomas Allen Esqs the Sum of Nine Hundred Pounds being the Consideration for Nine Hundred and twenty nine pounds and eight pence. Interest or Share in the Capital or Joint Stock of Three Pouns Five Shillings per Cent. Annuities (erected by two several Acts of Parliament of the 7th Year of the Reign of Her Majesty Queen Victoria, cap. 4 and 5; the first of which Acts is entitled, an Act for transferring Three Pounds Ten Shillings per Cent. per Annum Annuities One Thousand Eight Hundred and Eighteen into Annuities of Three Pounds five Shillings per Cent per Annum, and New Three Pounds per Cent. per Annum Annuities), transferable at the Bank of England, together with the Proportional Annuity attending the same, by me this Day transferred to the said John Ryle and Thomas Allen. 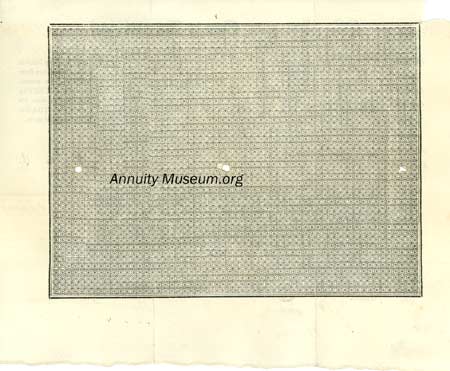