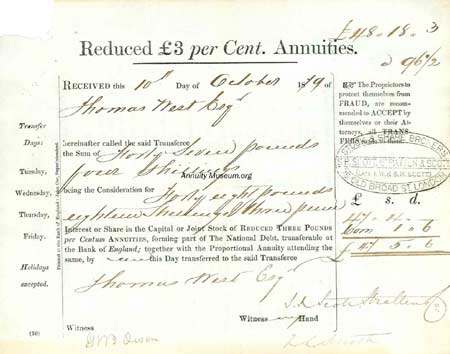 Received this 10th Day of October 1879 of Thomas West Esq. hereinafter called the said Transferee the Sum of Forty seven pounds four shillings being the Consideration for Forty eight pounds eighteen shillings and three pence. Interest or Share in the Capital or Joint Stock of Reduced Three Pounds per Centum Annuities, forming part of The National Debt, transferable at the Bank of England; together with the Proportional Annuity attending the same, by me this Day transferred to the said Transferee Thomas West Esq. 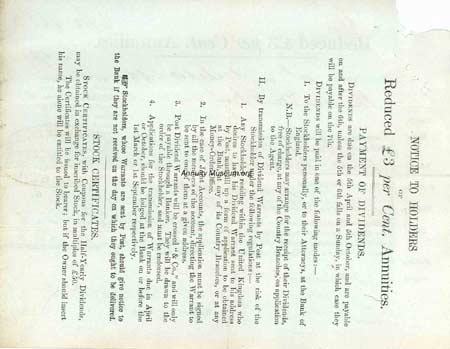