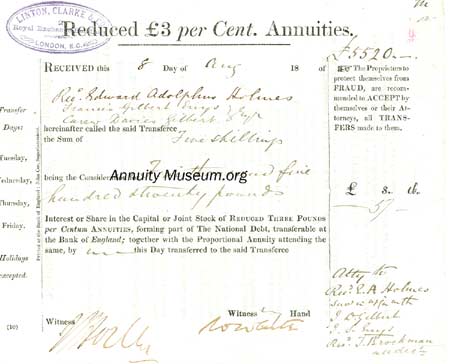 Received this 8 Day of August 18 of Rev Edward Adolphus Holmes, Francis Gilbert Enys, and Carew Davies Gilbert Esqrs. hereinafter called the said Transferee the Sum of Five shillings being the Consideration for Five thousand five hundred and twenty pounds. Interest or Share in the Capital or Joint Stock of Reduced Three Pounds per Centum Annuities, forming part of The National Debt, transferable at the Bank of England; together with the Proportional Annuity attending the same, by me this Day transferred to the said Transferee. 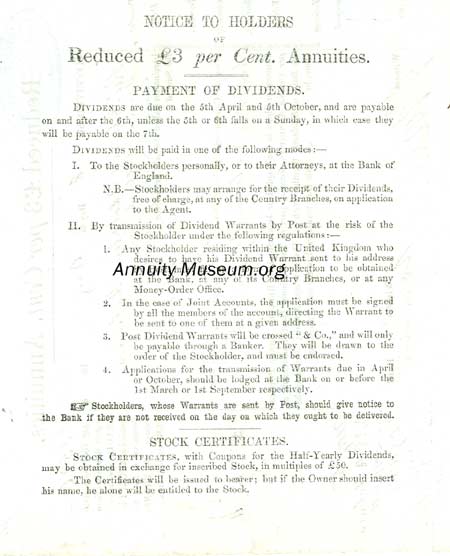