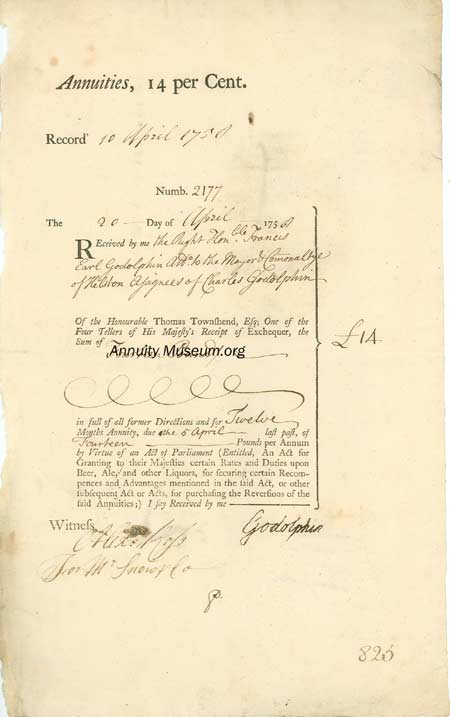 Record' 10 April 1758. Numb. 2177. The 20 Day of April 1758 Received by me the Right Honorable Francis Earl Godolphin Att. To the Mayor and Comonaltye of Helston Assignees of Charles Godolphin Of the Honourable Thomas Townshend, Esq; One of the Four Tellers of His Majesty's Receipt of Exchequer, the Sum of Fourteen Pounds in full of all former Directions and for Twelve Months Annuity, due the 5 April last past, of Fourteen Pounds per Annum by Virtue of an Act of Parliament (Entitled, An Act for Granting to their Majesties certain Rates and Duties upon Beer, Ale, and other Liquors, for securing certain Recompences and Advantages mentioned in the said Act, or other subsequent Act or Acts, for purchasing the Reversions of the said Annuities;) I say Received by me. 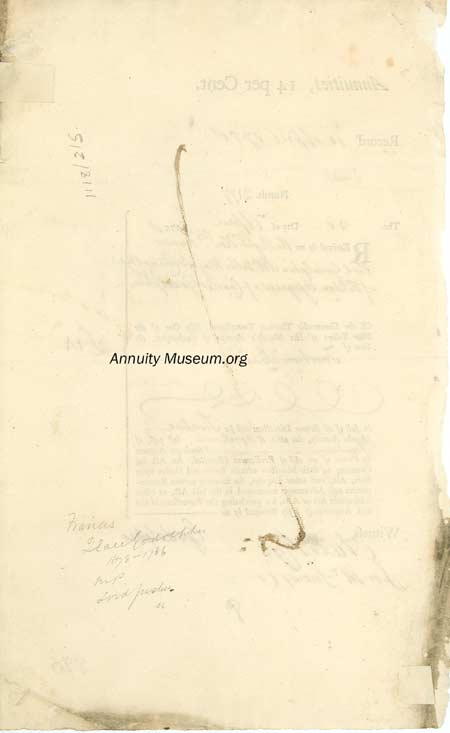