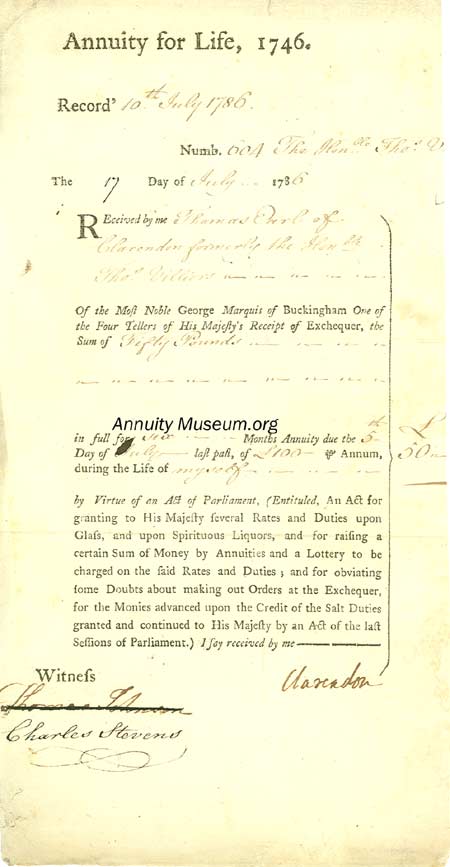 Annuity for Life, 1746. Record 10th July 1786. Numb. 604 The Honorable Thos. V. The 7 Day of July 1786 Received by me Thomas Earl of Clarendon formerly the Honorable Thomas Villiers of the Most Noble George Marquis of Buckingham One of the Four Tellers of His Majesty's Receipt of Exchequer, the Sum of Fifty Pounds in full for Six Months Annuity due the 5th Day of July last past, of 100 per Annum, during the Life of myself by Virtue of an Act of Parliament, (Entituled, An Act for granting to His Majesty several Rates and Duties upon Glass, and upon Spiritous Liquors, and for raising a certain Sum of Money by Annuities and a Lottery to be charged on the said Rates and Duties; and for obviating some Doubts about making out Orders at the Exchequer, for the Monies advanced upon the Credit of the Salt Duties granted and continued to His Majesty by an Act of the last Sessions of Parliament.) I say received by me. 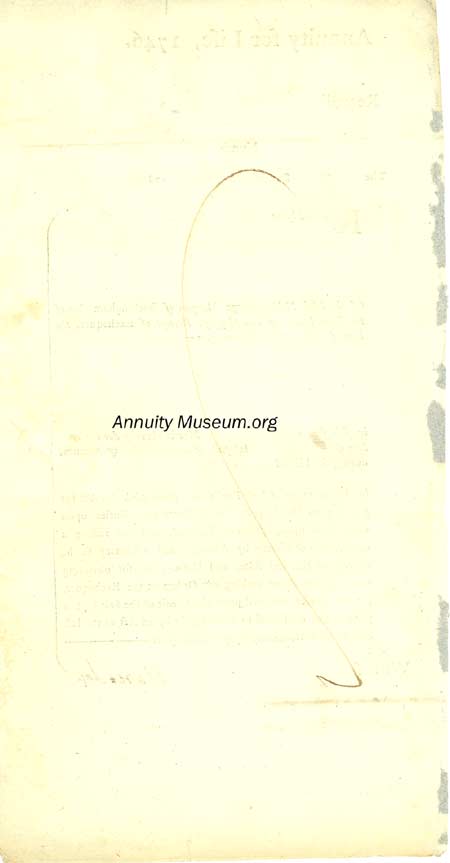