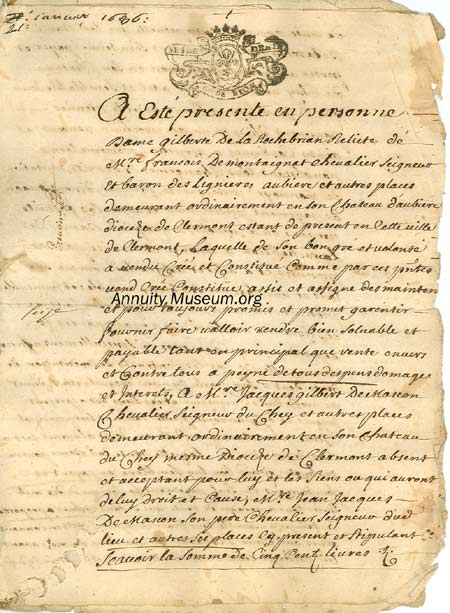 French court case document regarding annuities. Six page manuscript court case document dated 1686 for a court case that involves Auvergne families from the nobility: Aubieres - Chey - Lignieres. It appears to be a dispute about a 500 Livres capital for an annuity. It concerns a woman named Dame Gilberte de la Rochebrian, wife of Fran?ois de Montaignat, who consented to pay 500 pounds annuity on a 10,000 pound investment to Jacques Gilbert de Mascon (the plaintiff). Jacques Gilbert de Mascon was not present at the proceedings, and was represented in court by his father, Jean Jacques de Mascon. Dame Gilberte de la Rochebrian was supposed to deliver to the castle of Monsieur de Mascon the first payment within the next year, and to continue forever in the same amount, regardless of changes in scrip, plague, war, or famine. 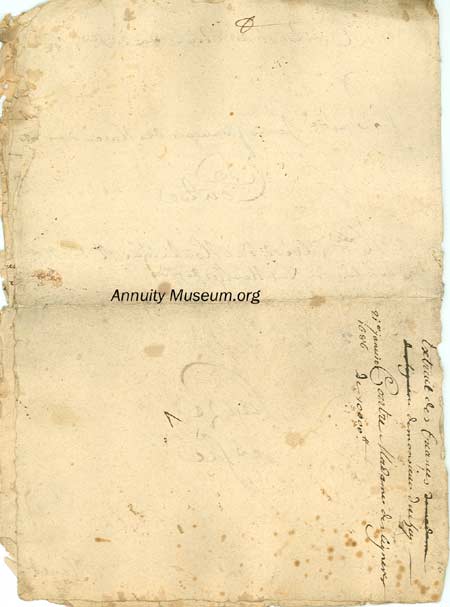