Annuities, in one form or another, have been around for over two thousand years. In Roman times, speculators sold financial instruments called annua, or annual stipends. In return for a lump sum payment, these contracts promised to pay the buyers a fixed yearly payment for life, or sometimes for a specified period of term. The Roman Domitius Ulpianus was one of the first annuity dealers and is credited with creating the first life expectancy table. 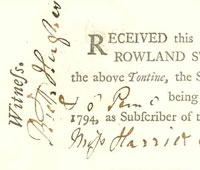 During the Middle Ages, lifetime annuities purchased with a single premium became a popular method of funding the nearly constant war characterized that period. There are records of a form of annuity called a tontine. This was an annuity pool in which participants purchased a share and, in turn, received a life annuity. As participants died off, each survivor received a larger payment, until finally, the last survivor received the remaining principal. Part annuity, part lottery, the tontine offered not only security but also a chance to win a handsome jackpot. 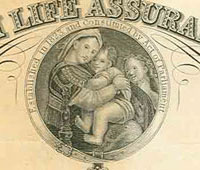 During the 18th century, many European governments sold annuities which provided the security of a lifetime income guaranteed by the state. In England, Parliament enacted hundreds of laws providing for the sale of annuities to fund wars, to provide a stipend to the royal family, and to reward those loyal to it. Fans of Dickens and Jane Austen will know that in the 1700s and 1800s, annuities were all the rage in European high society. Annuities owed this popularity among the upper class to the fact that they could shelter annuitants from the "fall from grace" that occurred with investors in other markets. 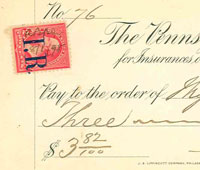 The annuity market grew very slowly in the United States. Annuities were mainly purchased to provide income in situations where no other means of providing support were available. Few people saw the need for structured annuity contracts to guarantee themselves an income if they could rely on support from their extended families. Annuities were mostly purchased by lawyers or executors of estates who needed to provide income to a beneficiary as described in a last will and testament.

This all began to change at the turn of the 20th century, as multi-generational households became less common. The Great Depression was especially significant in the history of annuities. Until then, annuities represented a miniscule share of the total insurance market (only 1.5% of life insurance premiums collected in the US between 1866 and 1920). During the Great Depression, investors sought out more reliable investments in order to safeguard themselves from financial ruin. With the economy less stable than it had ever been, many individuals looked to insurance companies as a haven of stability in what seemed a sea of anything but.