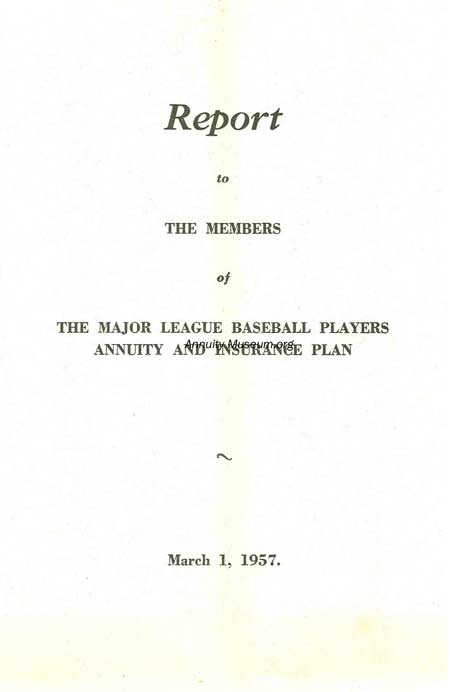 Report to the Members of the Major League Baseball Players Annuity and Insurance Plan. Gentlemen: The tenth year of operation of your Pension Plan has now been completed with all annuities fully paid for which were earned under the provisions of the Plan in effect during those ten years. As you know, the Plan has been amended effective April 1, 1957 and will henceforth be known as "The Major League Baseball Players Benefit Plan". A separate booklet will be sent to you which will describe the amended Plan with its greatly increased and broadened benefits for all members - active and retired. 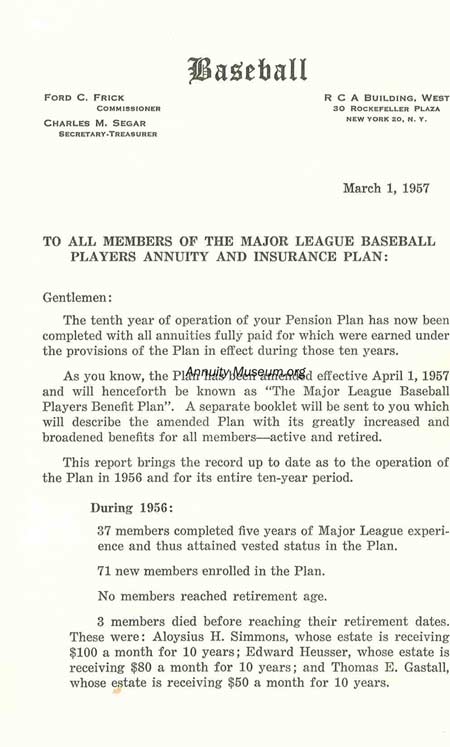