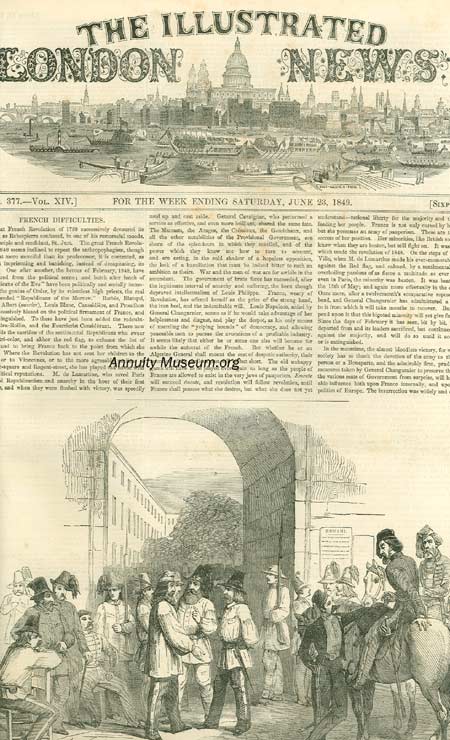 "The Illustrated London News article regarding the Royal General Annuity Society. Royal General Annuity Society.
A Fancy Sale, in aid of the funds of this society, commenced on Tuesday, and was continued on the two following days, at 58, Baker-street, Portmansquare. The large saloon in which the sale was held was a portion of the carriage department of the Baker-street Bazaar, fitted up and decorated in a nove and tasteful manner. The walls were hung with chintz in pink and white stripes, the floor was matted, and the stands were very commodiously arranged (those superintended by the most active of the lady patronesses being in the cen?tre); and, for the accommodation of the visitors, communications were established with the glass show-rooms of Messrs. Apsley Pellatt and Co., the Panklibanon and the far-famed exhibition of Madame Tussaud.
The show of articles in the Fancy Sale attracted a large number of persons, and among the company were the Marchioness of Londonderry, Viscountess Seaham, the Countess Ellenborough, Lady M'Naghten, Lady Fanny Howard, Miss Lane Fox, Lady Georgina Cholmeley, and the Countess Morley. Among the lady patronesses who presided at stalls, and with most praiseworthy perseverance in?vited the charitable to purchase, were the Viscountess Combermere and Lady Blake. Mrs. Milner Gibsen, the Duchess of Leeds, and the Countess Talbot also had stalls assigned to them, but discharged their duties by proxy.
We trust that the excellent charity, the funds of which it is held for the purpose of increasing, have been largely benefitted by the fete. We should not omit to mention that the walls of the room where the fancy sale took place were hung with specimens of armour, gratuitously supplied by Mr. Webster, of the Haymarket Theatre, and other contributors. There were two excellent bands of music in attendance, under the direction of Mr. G. S. Taylor." 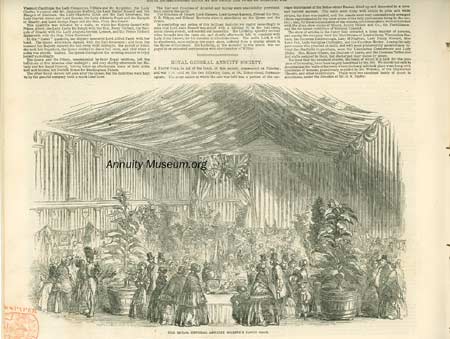