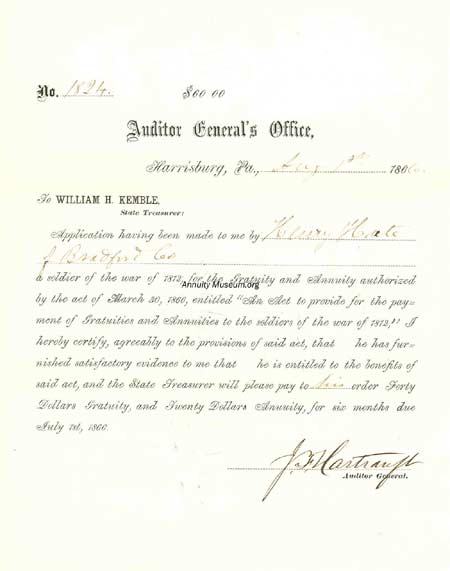 Letter regarding War of 1812 Annuity Addressed to H. B. McKeen Attorney for Henry Hute. No. 1824. $60 00. Auditor General's Office. Harrisburg, Pa., Aug 1st 1866. To William H. Kemble, State Treasurer: Application having been made to me by Henry Hute of Bradford Co a soldier of the war of 1812, for the Gratuity and Annuity authorized by the act of March 30, 1866, entitled "An Act to provide for the payment of Gratuities and Annuities to the soldiers of the war of 1812," I hereby certify, agreeably to the provisions of said act, that he has furnished satisfactory evidence to me that he is entitled to the benefits of said act, and the State Treasurer will please pay to his order Forty Dollars Gratuity, and Twenty Dollars Annuity, for six months due July 1st, 1866. J. F. Hartranft, Auditor General. Auditor General's Office, H. B. McKeen Esq. of Bradford Co Has a Power of Attorney filed with this Claim. H. B. McKeen Attorney for Henry Hute. 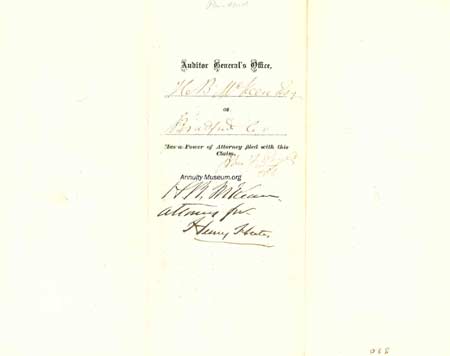