The Mirror article regarding an annuity for Molly Macauley. An Amazon.- A Bill has passed the Houses of Assembly of Pennsylvania, granting an annuity to Molly Macauley, for services she rendered during the revolutionary war. It appeared, this heroine had braved the hardships of the camp, and dangers of the field, with her husband, who was a soldier of the revolution, and the Bill in her favour passed without a dissenting voice. 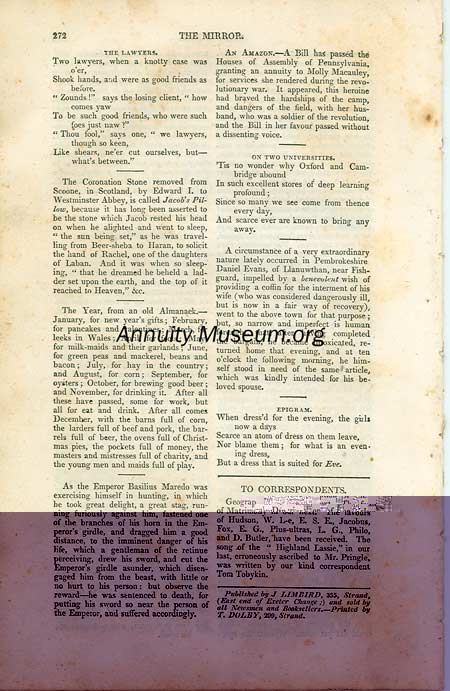