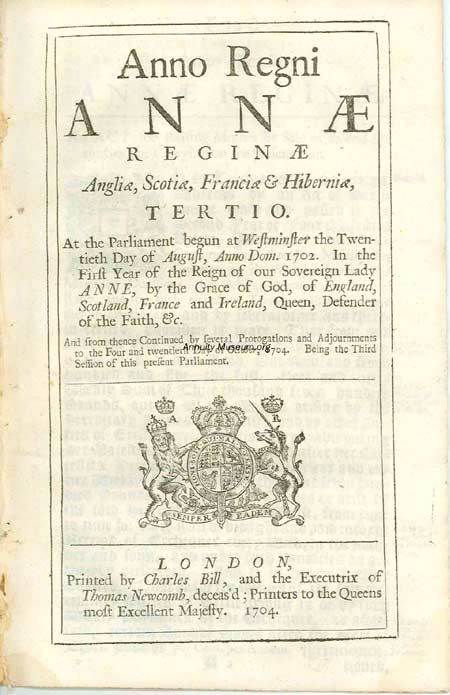 An Act for Raising Monies by Sale of several Annuities, for Carrying on the present War. At the Parliament begun at Westminster the Twentieth Day of August, Anno Dom. 1702. In the First Year of the Reign of our Sovereign Lady Anne, by the Grace of God, of England, Scotland, France and Ireland, Queen, Defender of the Faith, etc. And from thence Continued by Several Prorogations and Adjournments to the Four and twentieth Day of October, 1704. Being the Third Session of this present Parliament. 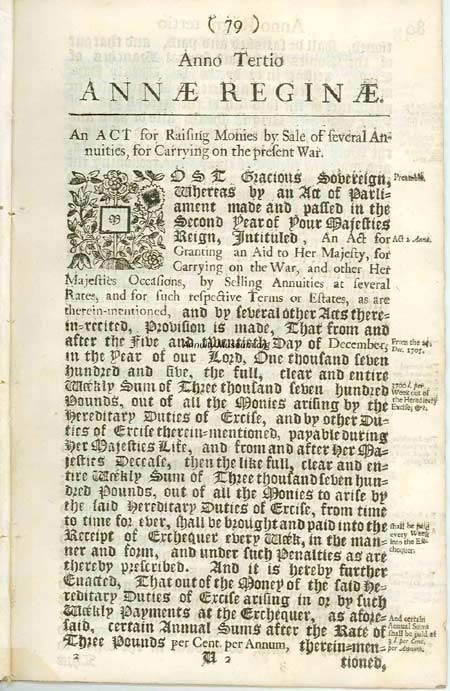