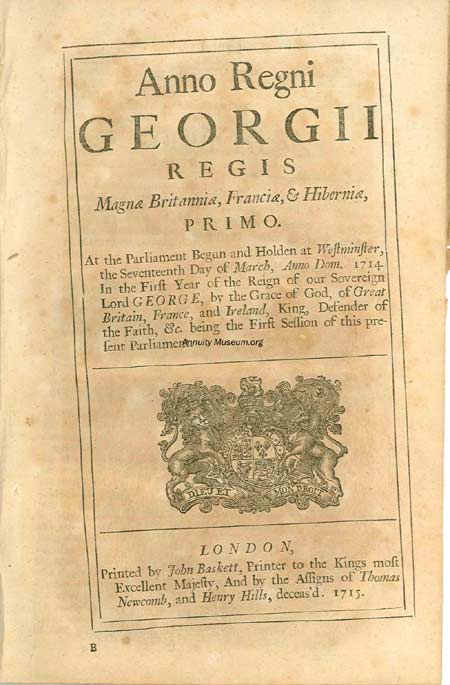 An Act for Raising Nine hundred and ten thousand Pounds for Publick Services, by Sale of Annuities, after the Rate of Five Pounds per Centum per Annum, Redeemable by Parliament; And to Authorize a Treaty concerning Private Rights claimed by the Proprietors of the Sugar-Houses in Scotland. At the Parliament Begun and Holden at Westminster, the Seventeenth Day of March, Anno Dom. 1714. In the First Year of the Reign of our Sovereign Lord George, by the Grace of God, of Great Britain, France, and Ireland, King, Defender of the Faith, etc. being the First Session of this present Parliament. 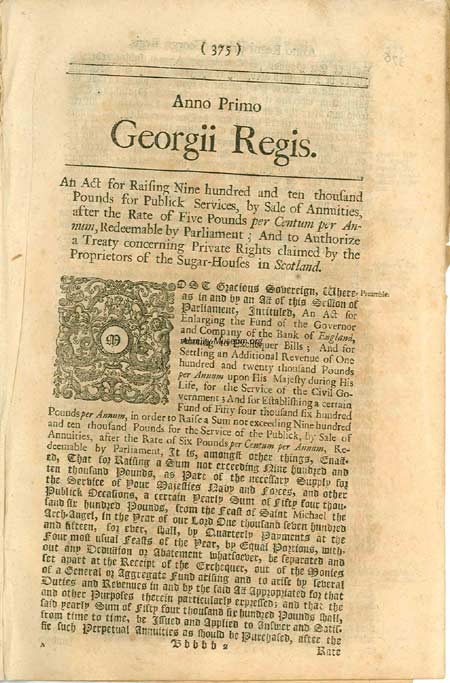