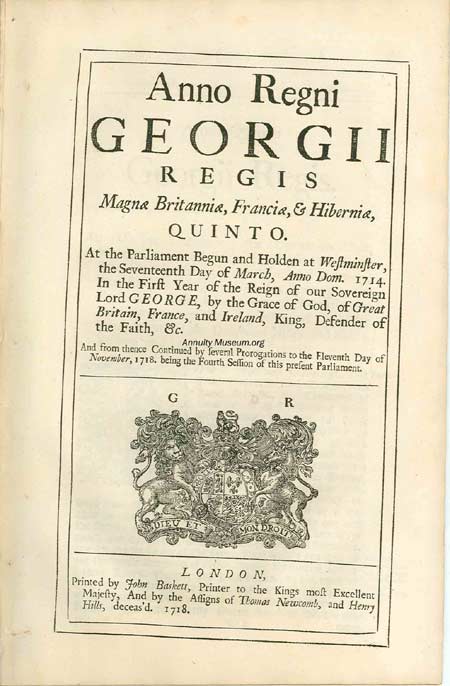 An Act for Continuing the Duties on Malt, Mum, Cyder, and Perry, for the Service of the Year One thousand seven hundred and nineteen; And for Enlarging the time for Entring at the Exchequer such Assignments of Reversionary Annuities as are therein mentioned; And for better Securing the Duties on Hides and Skins, Vellom and Parchment. At the Parliament Begun and Holden at Westminster, the Seventeenth Day of March, Anno Dom. 1714. In the First Year of the Reign of our Sovereign Lord George, by the Grace of God, of Great Britain, France, and Ireland, King, Defender of the Faith, etc. And from thence Continued by several Prorogations to the Eleventh Day of November, 1718. being the Fourth Session of this present Parliament.