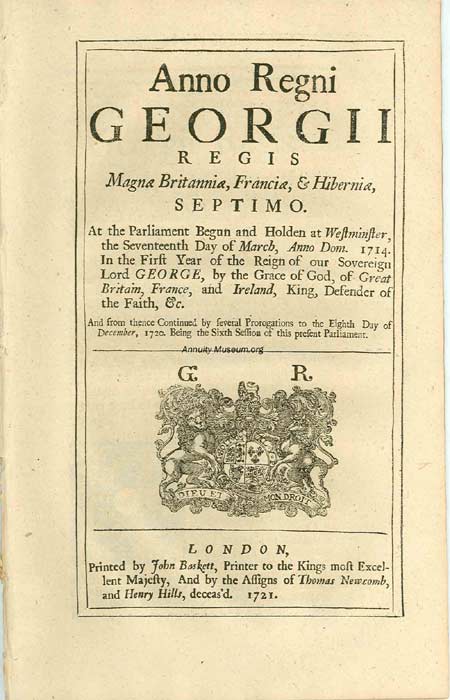 An Act for raising a Sum not exceeding Five hundred thousand Pounds, by charging Annuities at the Rate of Five Pounds per Centum per Annum upon the Civil List Revenues till redeemed by the Crown; and for enabling His Majesty, His Heirs or Successors, (by causing such a Deduction to be made as therein is mentioned) to make good to the Civil List the Payments which shall have been made upon the said Annuities; and for borrowing Money upon certain Lottery Tickets; and for discharging the Corporations for Assurances of part of the Money which they were obliged to pay to His Majesty; and for making good a Deficiency to the East-India Company. At the Parliament Begun and Holden at Westminster, the Seventeenth Day of March, Anno Dom. 1714. In the First Year of the Reign of our Sovereign Lord George, by the Grace of God, of Great Britain, France, and Ireland, King, Defender of the Faith, etc. And from thence Continued by several Prorogations to the Eighth Day of December, 1720. Being the Sixth Session of this present Parliament. 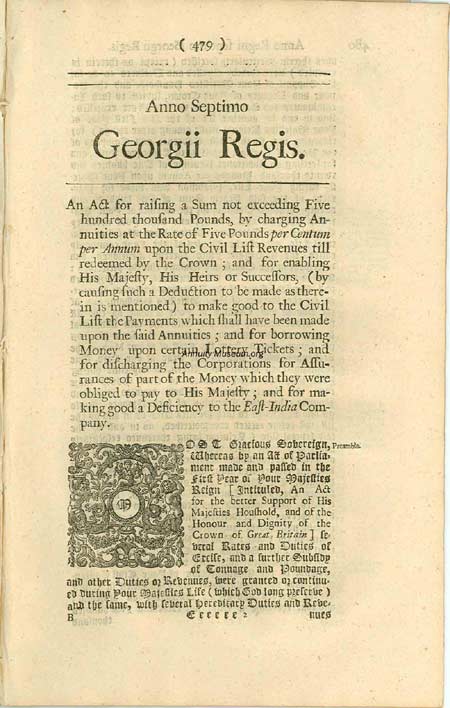