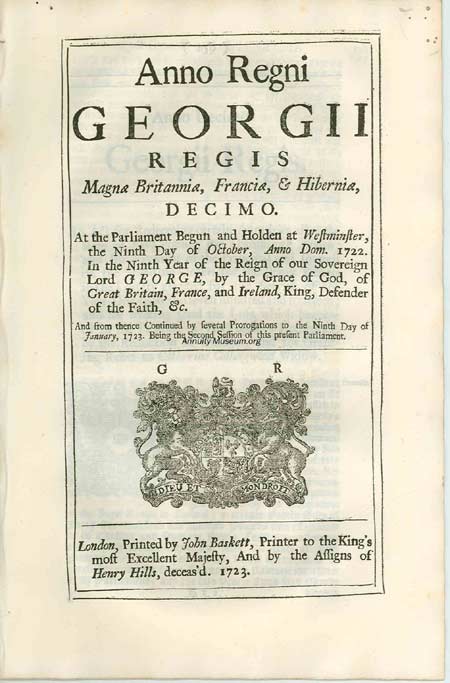 An Act for Redeeming certain Annuities after the Rate of Five Pounds per Centum per Annum; and for Payment of the Principal and Interest on the Standing Orders for the Blank Tickets in the Lottery granted for the Service of the Year, One thousand seven hundred and fourteen; and for making good the Loss, which happened in the Treasure of His Majesty's Exchequer, by the Reduction of Guineas; and for Granting Relief to Catherine Collingwood Widow. At the Parliament Begun and Holden at Westminster, the Ninth Day of October, Anno Dom. 1722. In the Ninth Year of the Reign of our Sovereign Lord George, by the Grace of God, of Great Britain, France, and Ireland, King, Defender of the Faith, etc. And from thence Continued by several Prorogations to the Ninth Day of January, 1723. Being the Second Session of this present Parliament. 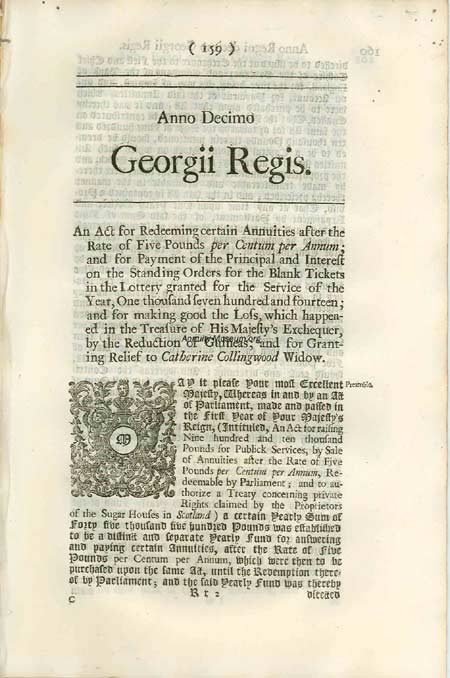