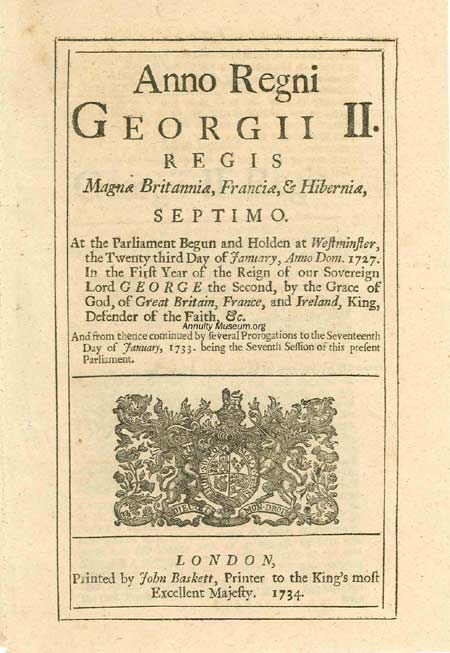 An Act to explain an Act passed in the last Session of Parliament, intituled, An Act for the converting a further Part of the Capital Stock of the South Sea Company into Annuities redeemable by Parliament, and for settling the remaining Part of the said Stock in the said Company, so far as the said Act relates to the paying off the Bonds of the said Company. At the Parliament begun and holden at Westminster, the Twenty third Day of January, Anno Dom. 1727 in the First Year of the Reign of our Sovereign Lord George II by the Grace of God, of Great Britain, France, and Ireland, King, Defender of the Faith, etc. And from thence continued by several Prorogations to the Seventeenth Day of January, 1730 being the Seventh Session of this present Parliament. 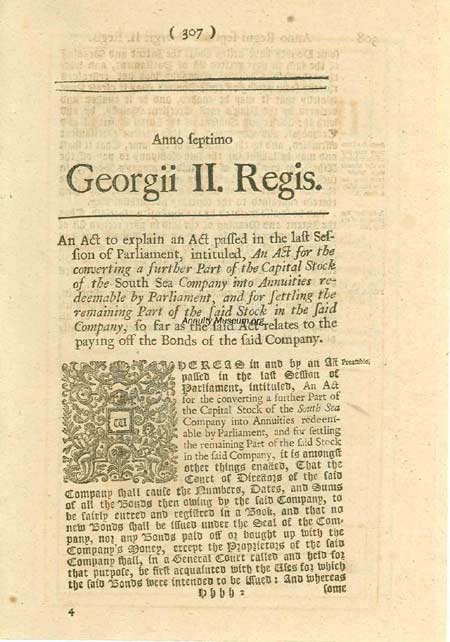