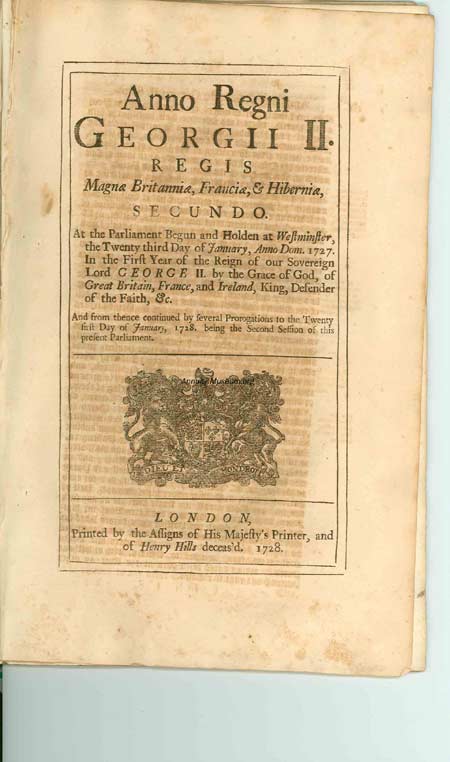 An Act for raising the Sum of One million two hundred and fifty thousand Pounds, by Sale of Annuities to the Bank of England, after the Rate of Four Pounds per Centum per Annum, redeemable by Parliament; and for applying the Produce of the Sinking Fund. At the Parliament begun and holden at Westminster, the Twenty third Day of January, Anno Dom. 1727 in the First Year of the Reign of our Sovereign Lord George II by the Grace of God, of Great Britain, France, and Ireland, King, Defender of the Faith, etc. And from thence continued by several Prorogations to the Twenty first Day of January, 1728 being the Second Session of this present Parliament. 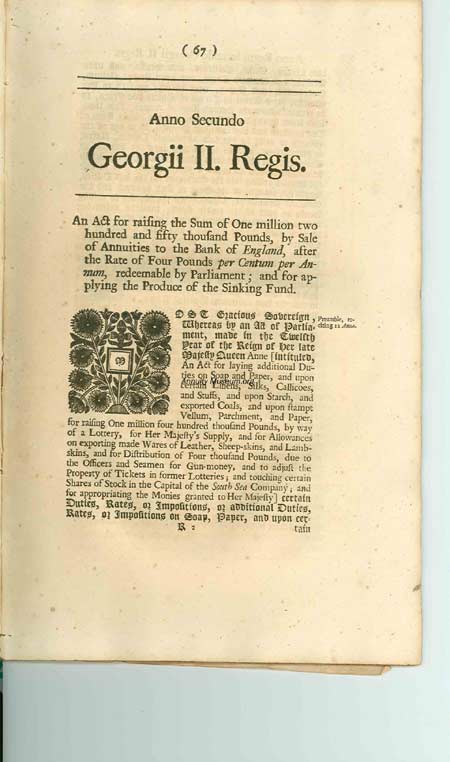