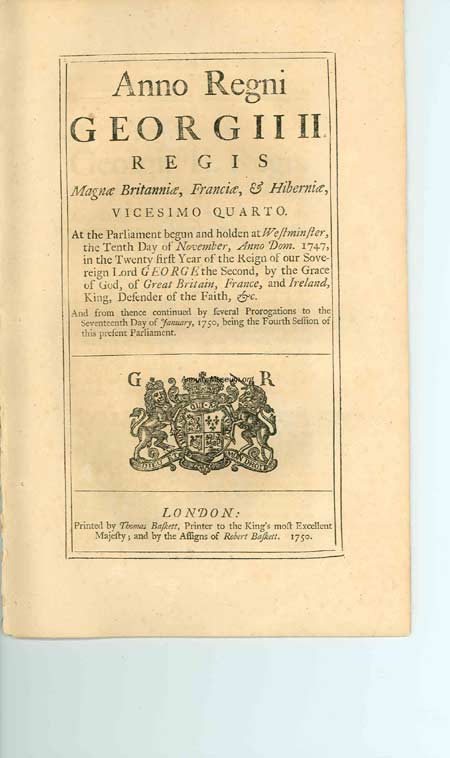 An Act for enabling His Majesty to raise the several Sums of Money therein mentioned, by Exchequer Bills, to be charged on the Sinking Fund; and for impowering the Commissioners of the Treasury to pay off the Old and New unsubscribed South Sea Annuities out of the Supply granted to His Majesty for the Service of the Year One Thousand seven hundred and fifty one; and for enabling the Bank of England to hold General Courts, and Courts of Directors, in the Manner therein directed; and for giving certain Persons Liberty to subscribe Bank and South Sea Annuities omitted to the subscribed pursuant to Two Acts of the last Session of Parliament. At the Parliament begun and holden at Westminster, the Tenth Day of November, Anno Dom. 1747, in the Twenty first Year of the Reign of our Sovereign Lord George the Second, by the Grace of God, of Great Britain, France, and Ireland, King, Defender of the Faith, etc. And from thence continued by several Prorogations to the Seventeenth Day of January, 1750 being the Fourth Session of this present Parliament. 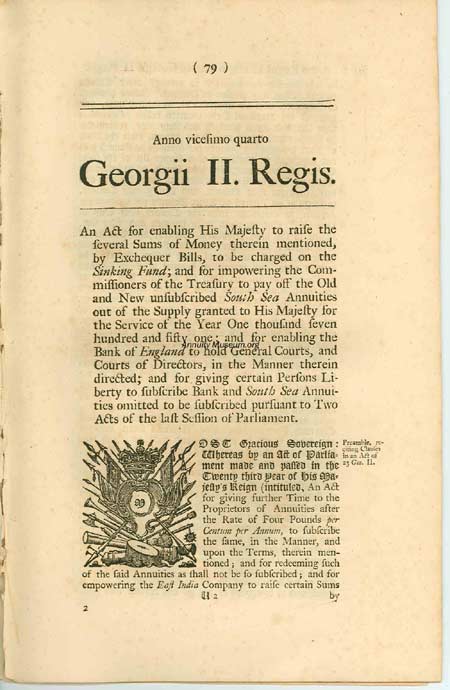