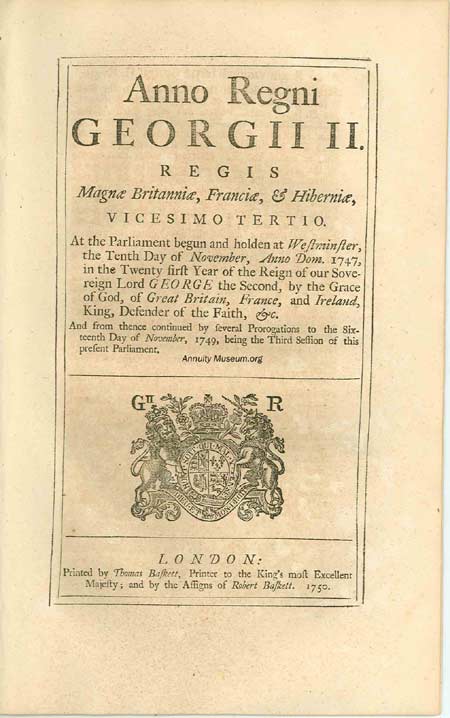 An Act for giving further Time to the Proprietors of Annuities, after the Rate of Four Pounds per Centum per Annum, to subscribe the same in the Manner and upon the Terms therein mentioned; and for redeeming such of the said Annuities, as shall not be so subscribed; and for impowering the East India company to raise certain Sums by transferrable Annuities. At the Parliament begun and holden at Westminster, the Tenth Day of November, Anno Dom. 1747, in the Twenty first Year of the Reign of our Sovereign Lord George the Second, by the Grace of God, of Great Britain, France, and Ireland, King, Defender of the Faith, etc. And from thence continued by several Prorogations to the Sixteenth Day of November, 1749 being the Third Session of this present Parliament. 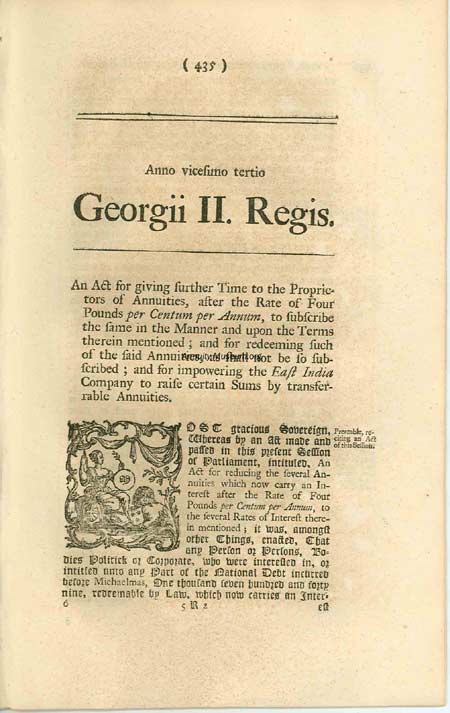