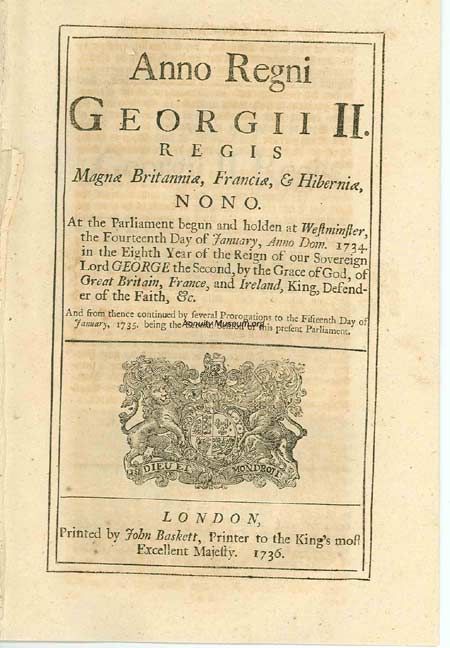 An act for enabling His Majesty to borrow any Sum or Sums of Money not exceeding Six hundred thousand pounds, to be charged upon the Surplusses, Excesses, or overplus Monies, commonly called The Sinking Fund, redeemable by Parliament, and for the further Disposition of the said Fund, by paying off One Million of South Sea Annuities, and for appropriating the Supplies granted in this Session of Parliament. At the Parliament begun and holden at Westminster, the Fourteenth Day of January, Anno Dom. 1734, in the Eighth Year of the Reign of our Sovereign Lord George the Second, by the Grace of God, of Great Britain, France, and Ireland, King, Defender of the Faith, etc. And from thence continued by several Prorogations to the Fifteenth Day of January, 1735 being the Second Session of this present Parliament. 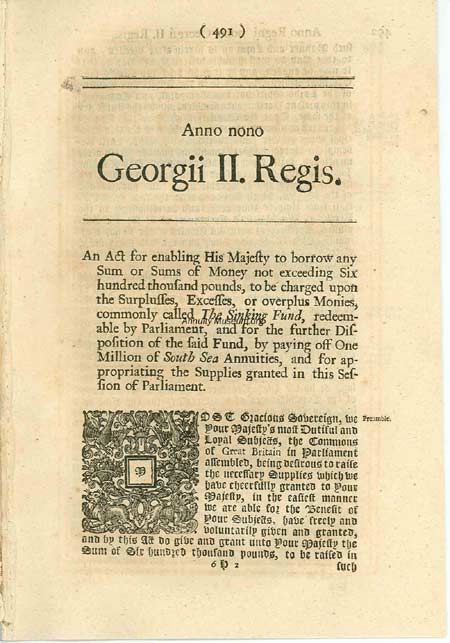