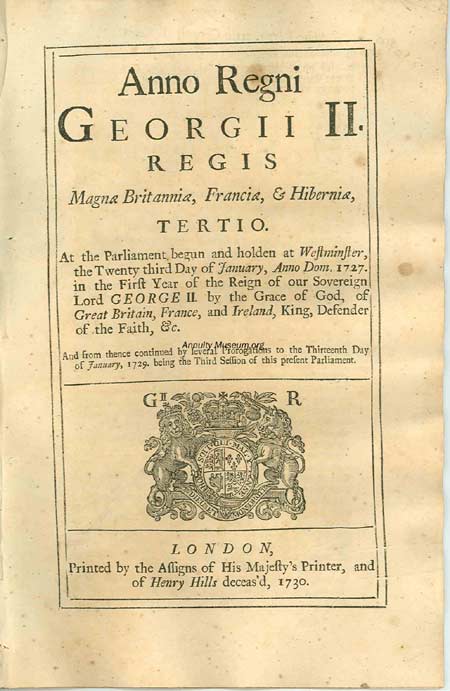 An Act for reducing the Annuity or Fund of the United East India Company, and for ascertaining their Right of Trade to the East Indies, and the Continuance of their Corporation for that Purpose, upon the Terms therein mentioned. At the Parliament begun and holden at Westminster, the Twenty third Day of January, Anno Dom. 1727 in the First Year of the Reign of our Sovereign Lord George II by the Grace of God, of Great Britain, France, and Ireland, King, Defender of the Faith, etc. And from thence continued by several Prorogations to the Thirteenth Day of January, 1729 being the Third Session of this present Parliament. 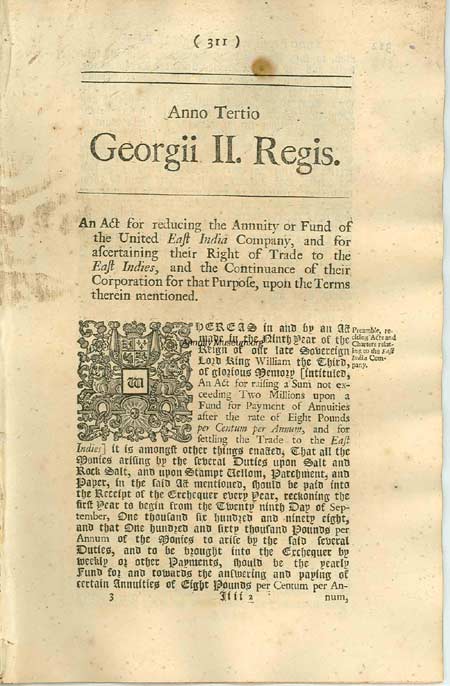