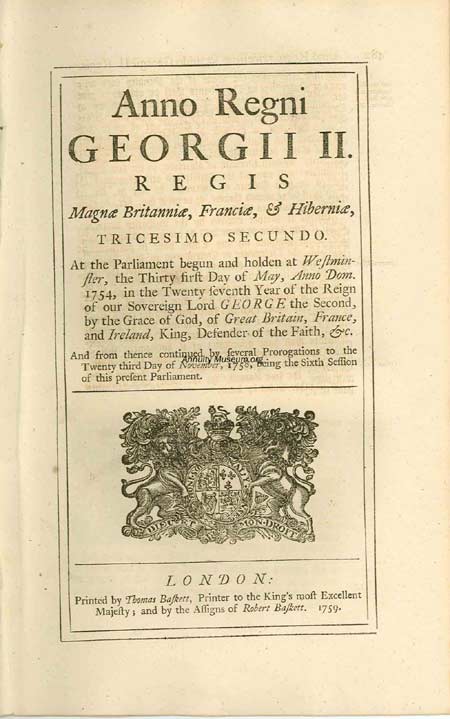 An Act to explain and amend an Act made in the last Session of Parliament, intituled, An Act for granting to His Majesty several Rates and Duties upon Offices and Pensions; and upon Houses; and upon Windows or Lights; and for raising the Sum of Five Millions by Annuities and a Lottery, to be charged on the said Rates and Duties; so far as the same relates to the Rates and Duties on Offices and Pensions. At the Parliament begun and holden at Westminster, the Thirty first Day of May, Anno Dom. 1754, in the Twenty seventh Year of the Reign of our Sovereign Lord George the Second, by the Grace of God, of Great Britain, France, and Ireland, King, Defender of the Faith, etc. And from thence continued by several Prorogations to the Twenty third Day of November, 1758 being the Sixth Session of this present Parliament. 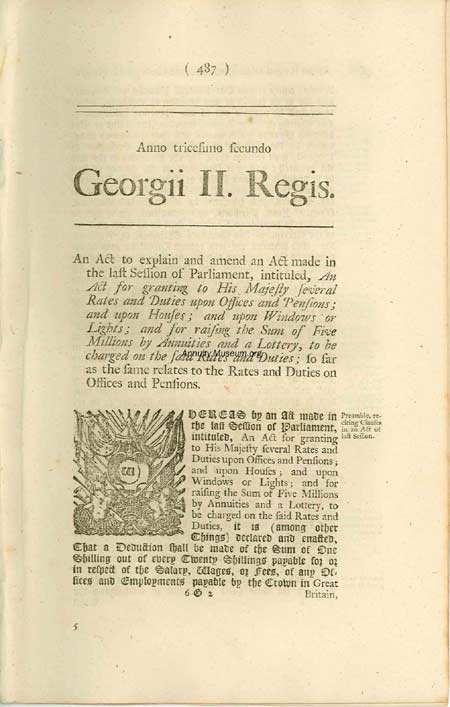