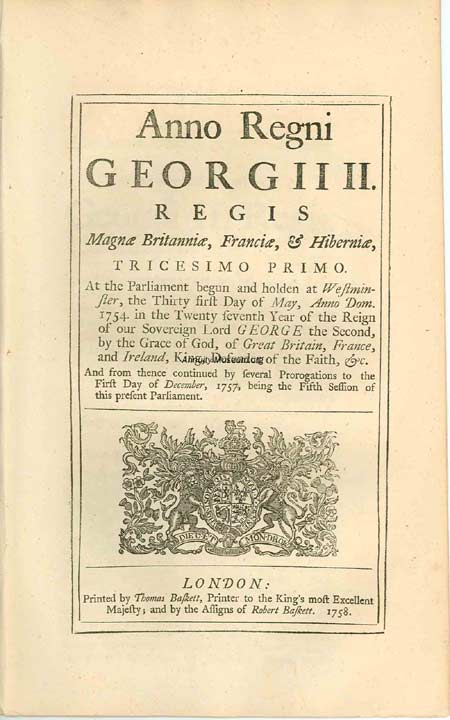 An Act for granting to His Majesty certain Sums of Money out of the Sinking Fund, for the Service of the Year One thousand seven hundred and fifty eight; and for empowering the proper Officers to make forth Duplicates of Exchequer Bills, Tickets, Certificates, Receipts, Annuity Orders, and other Orders, in lieu of such as shall be lost, burnt, or otherwise destroyed; and for obliging the Retailers of Wines, commonly called Sweets, or, Made Wines, to take out a Wine Licence. At the Parliament begun and holden at Westminster, the Thirty first Day of May, Anno Dom. 1754, in the Twenty seventh Year of the Reign of our Sovereign Lord George the Second, by the Grace of God, of Great Britain, France, and Ireland, King, Defender of the Faith, etc. And from thence continued by several Prorogations to the First Day of December, 1757 being the Fifth Session of this present Parliament. 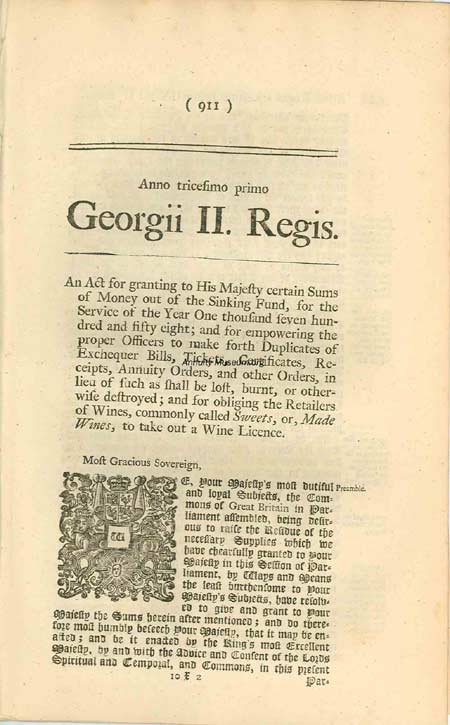