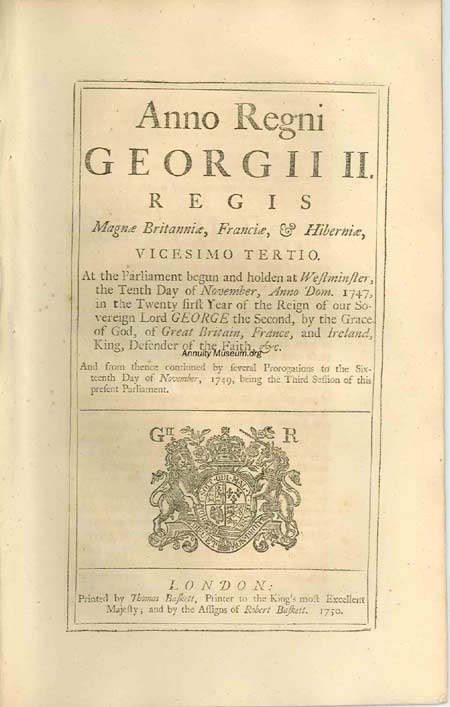 An Act for granting to His Majesty the Sum of Nine hundred thousand Pounds out of the Sinking Fund, for the Service of the Year One thousand seven hundred and fifty; and for applying certain Surplus Monies, remaining in the Exchequer as Part of the Supply of the said Year; and for the Application of certain Savings in the Hands of the Paymaster General; and for obviating a Doubt in an Act of the Fifth Year of King George the First, in respect to the Payment of certain Annuities thereby granted for the Improvement of Fisheries and Manufactures in Scotland; and for the further appropriating the Supplies granted this Session of Parliament; and for giving further Time for the Payment of duties omitted to be paid for the Indentures or Contracts of Clerks and Apprentices; and for transferring the Bounties now payable upon the Exportation of British Sail Cloth, to the Customs; and for enforcing the Laws against the clandestine Importation of Soap, Candles, and Starch, into this Kingdom. At the Parliament begun and holden at Westminster, the Tenth Day of November, Anno Dom. 1747, in the Twenty first Year of the Reign of our Sovereign Lord George the Second, by the Grace of God, of Great Britain, France, and Ireland, King, Defender of the Faith, etc. And from thence continued by several Prorogations to the Sixteenth Day of November, 1749 being the Third Session of this present Parliament. 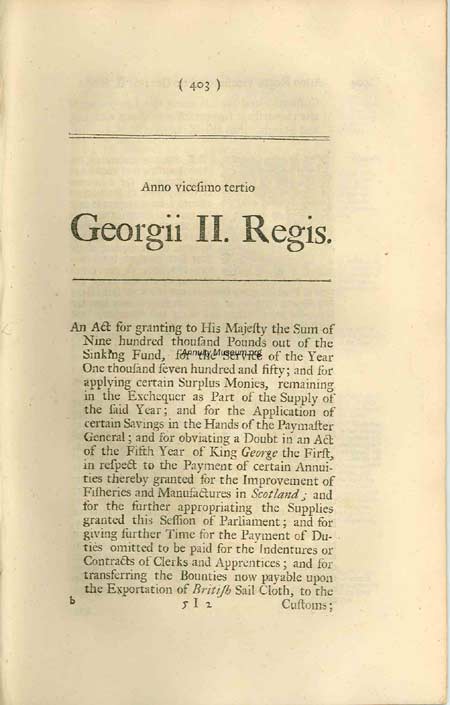