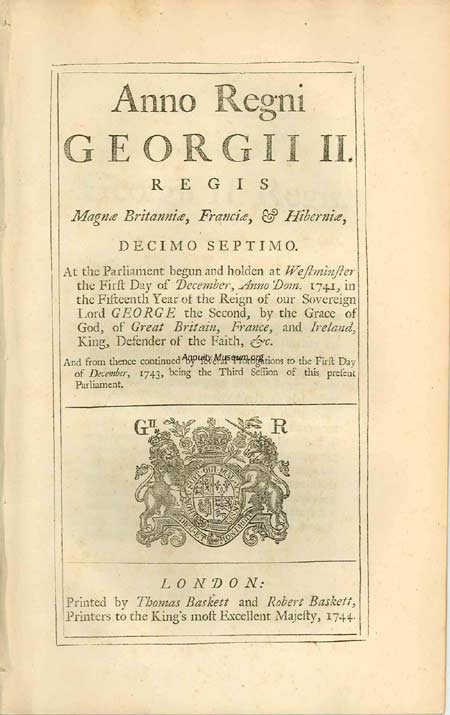 An Act for granting to His Majesty the Sum of One Million out of the Sinking Fund, and for applying a Sum remaining in the Exchequer, arisen by the Coinage Duty for the Service of the Year One thousand seven hundred and forty four; and for the further appropriating the Supplies granted in this Session of Parliament; and for making forth Duplicates of Exchequer Bills, Lottery Tickets, Certificates, Annuity Orders, or other Orders, lost, burnt, or otherwise destroyed; and for giving further Time for the Payment of Duties omitted to be paid for the Indentures or Contracts of Clerks and Apprentices; and to enable the Reversioners of certain annuities, therein mentioned, to receive such Annuities, if the same shall not be demanded within a certain Time by the Annuitants for Life, until Proof be made, that such Annuitants are living. At the Parliament begun and holden at Westminster, the First Day of December, Anno Dom. 1741, in the Fifteenth Year of the Reign of our Sovereign Lord George the Second, by the Grace of God, of Great Britain, France, and Ireland, King, Defender of the Faith, etc. And from thence continued by several Prorogations to the First Day of December, 1743 being the Third Session of this present Parliament. 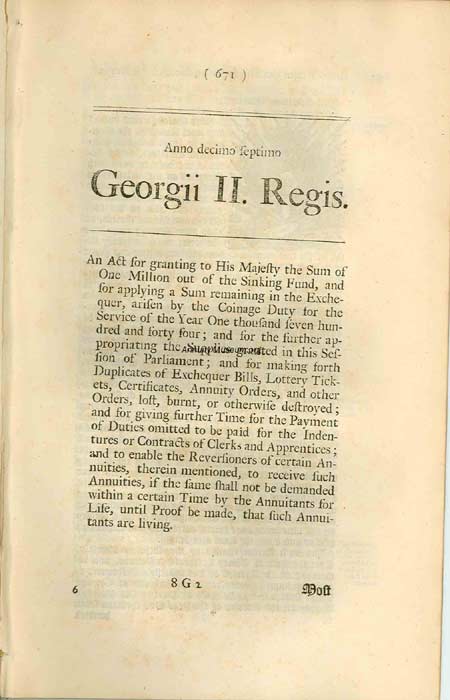