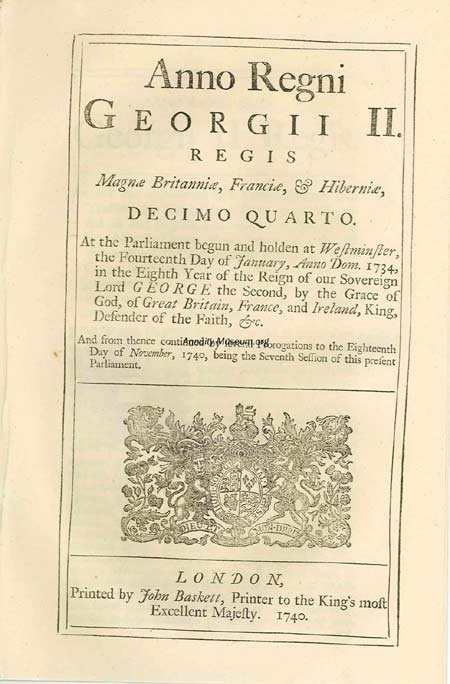 An Act for appointing new Commissioners and Trustees for putting in Execution an Act passed in the Eighth Year of the Reign of her late Majesty Queen Anne, intituled, An Act for vesting the Estate and Effects of John Coggs, and John Dann, Goldsmiths and Co-partners, in Trustees, for the speedier Payment of their Creditors, and for determining Differences thereupon. At the Parliament begun and holden at Westminster, the Fourteenth Day of January, Anno Dom. 1734 in the Eighth Year of the Reign of our Sovereign Lord George II by the Grace of God, of Great Britain, France, and Ireland, King, Defender of the Faith, etc. And from thence continued by several Prorogations to the Eighteenth Day of November, 1740 being the Seventh Session of this present Parliament. 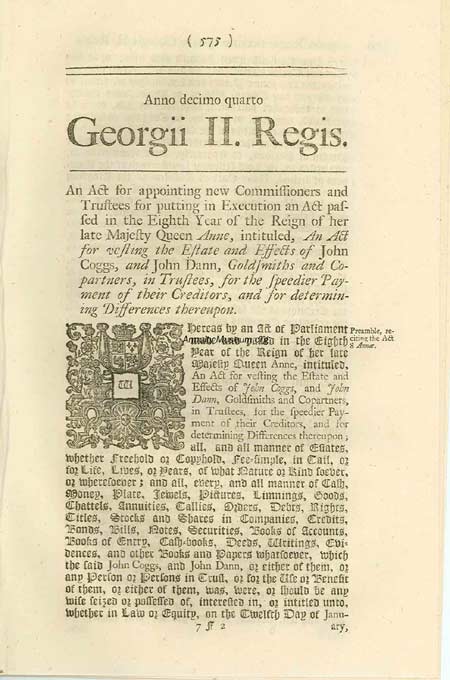