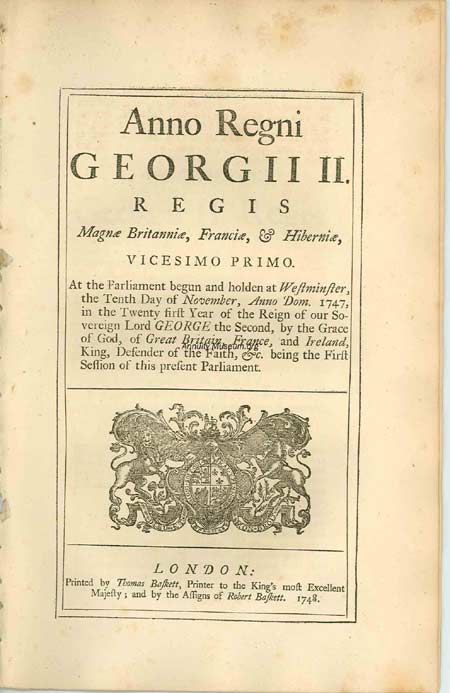 An Act for explaining, amending, and further enforcing the Execution of an Act passed in the last Session of Parliament, intituled, An Act for repealing the several Rates and Duties upon Houses, Windows, and Lights; and for granting to His Majesty other Rates and Duties upon Houses, Windows, or Lights; and for raising the Sum of Four Millions four hundred thousand Pounds by Annuities, to be charged on the said Rates or Duties. At the Parliament begun and holden at Westminster, the Tenth Day of November, Anno Dom. 1747, in the Twenty first Year of the Reign of our Sovereign Lord George the Second, by the Grace of God, of Great Britain, France, and Ireland, King, Defender of the Faith, etc. being the First Session of this present Parliament. 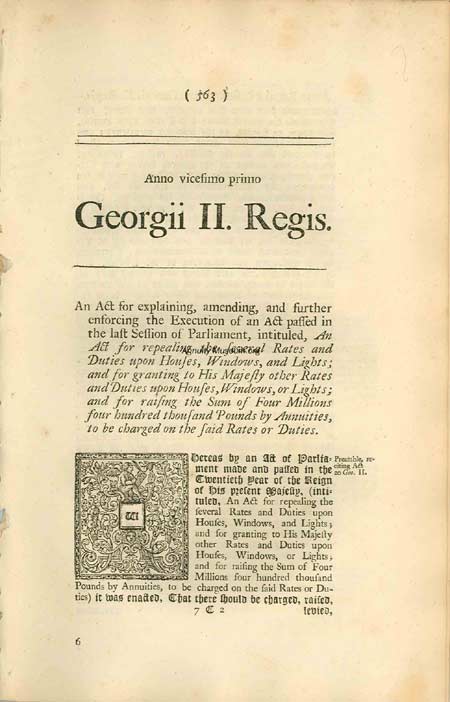