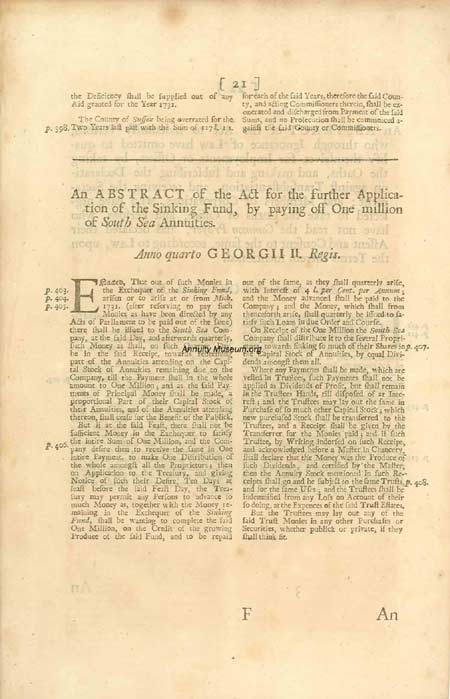 An Abstract of the Act for the further Application of the Sinking Fund, by paying off One million of South Sea Annuities. An Abstract of the Act to indemnify Persons, who through Ignorance of the Law have omitted to qualify themselves for Imployments or Offices, by taking the Oaths, and making and subscribing the Declaration against Transubstatntiation, and receiving the Sacrament; and Members of Corporations, who have neglected to take the Oaths of Office, and Persons, who have not read the Common Prayer, and declared their Assent and Consent to the same, according to Law, upon the Terms therein mentioned. Anno quarto Georgii II. Regis. 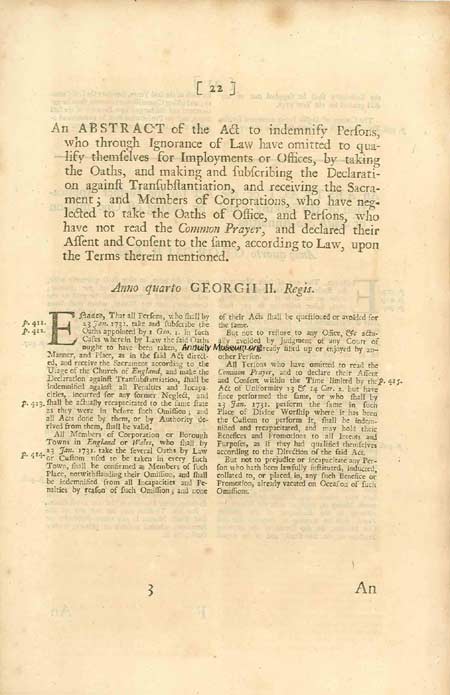