An Act for making void the several Contracts for Sale of the Estate of James late Earl of Derwentwater, to William Smith Esquire; and also of the Annuity of Two hundred Pounds during the Life of Charles Radcliffe, and the Arrears thereof to Matthew White Esquire, and the several Conveyances made in pursuance of the same. At the Parliament begun and holden at Westminster, the Twenty third Day of January, Anno Dom. 1727. in the First Year of the Reign of our Sovereign Lord George II. by the Grace of God, of Great Britain, France, and Ireland, King, Defender of the Faith, etc. And from thence continued by several Prorogations to the Thirteenth Day of January, 1731. being the Fifth Session of this present Parliament. 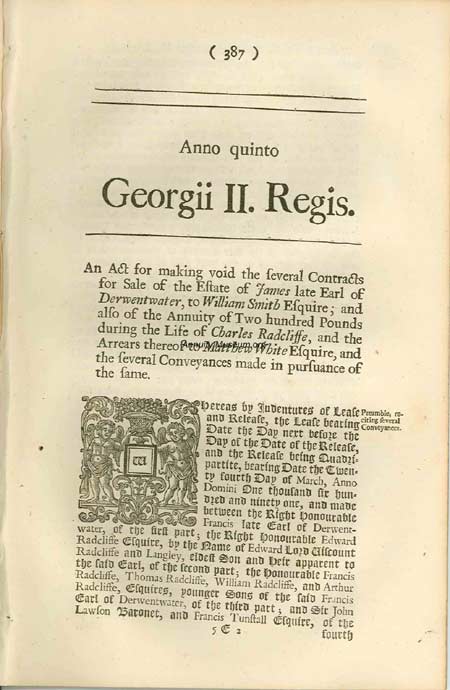