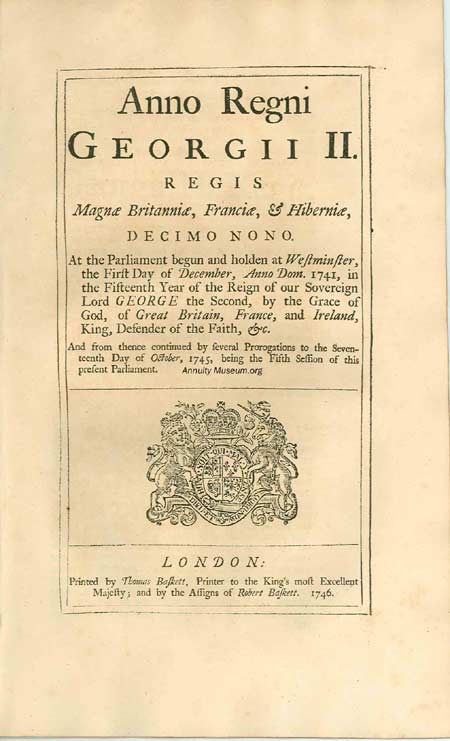 An Act for granting to His Majesty a certain Sum of Money out of the Sinking Fund, for the Service of the Year One thousand seven hundred and forty six; and also for enabling His Majesty to raise a further Sum of Money for the Uses and Purposes therein mentioned; and for the further appropriating the Supplies granted in this Session of Parliament; and for making forth Duplicates of Exchequer Bills, Lottery Tickets, Receipts, Annuity Orders, and other Orders, lost, burnt, or otherwise destroyed. At the Parliament begun and holden at Westminster, the First Day of December, Anno Dom. 1741, in the Fifteenth Year of the Reign of our Sovereign Lord George the Second, by the Grace of God, of Great Britain, France, and Ireland, King, Defender of the Faith, etc. And from thence continued by several Prorogations to the Seventeenth Day of October, 1745, being the Fifth Session of this present Parliament. 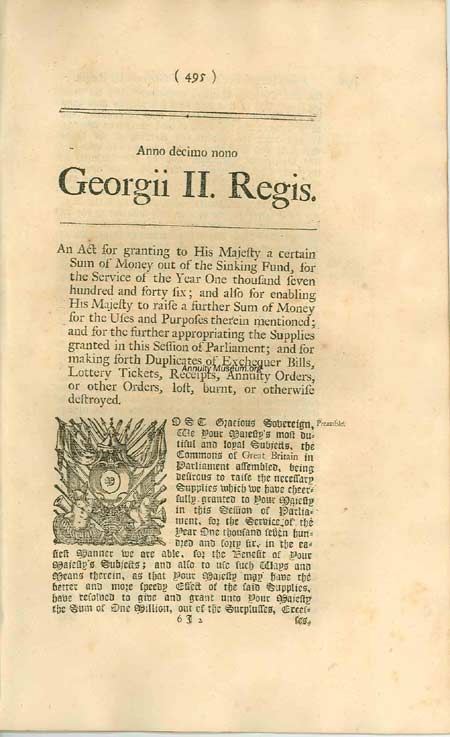