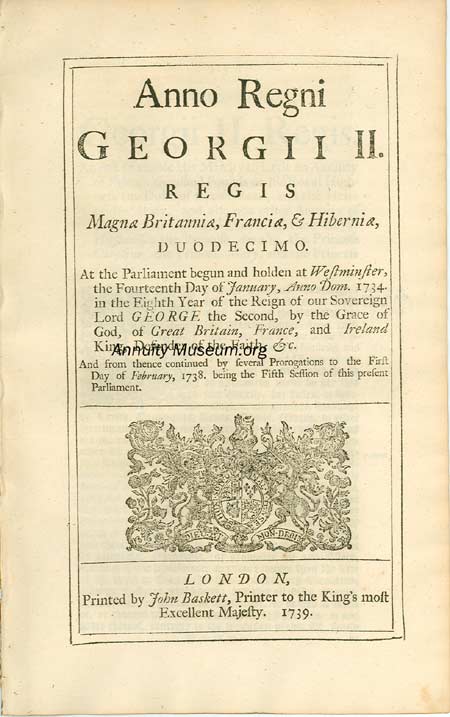 An Act to enable His Majesty to settle an Annuity of Fifteen thousand Pounds on his Royal Highness the Duke of Cumberland, and the Heirs of his Body, and also one other Annuity of Twenty four thousand Pounds on their Royal Highnesses the Princess Amalie, the Princess Caroline, the Princess Mary, and the Princess Louisa. At the Parliament begun and holden at Westminster, the Fourteenth Day of January, Anno Dom. 1734 in the Eighth Year of the Reign of our Sovereign Lord George II by the Grace of God, of Great Britain, France, and Ireland, King, Defender of the Faith, etc. And from thence continued by several Prorogations to the First Day of February, 1738 being the Fifth Session of this present Parliament. 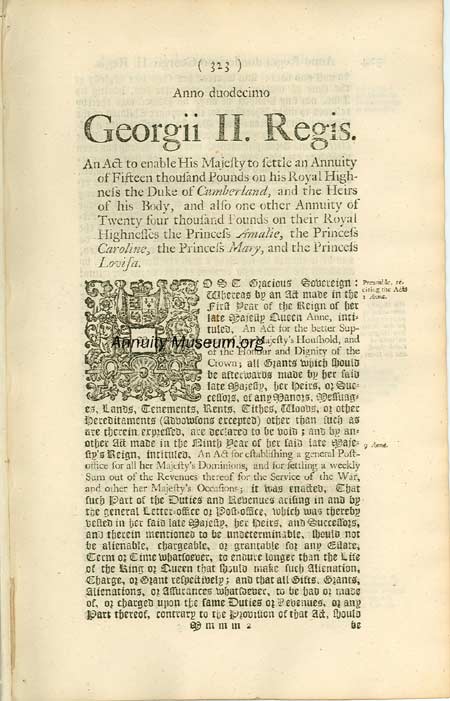