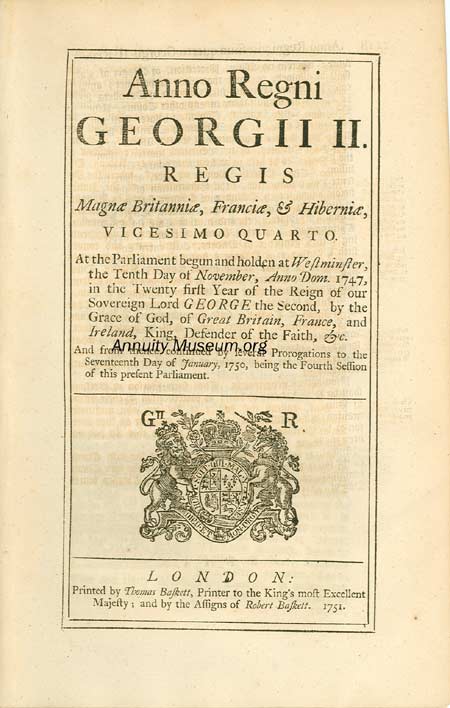 An Act for ascertaining the Admeasurement of Wheat, Meal, or other Corn or Grain ground, for which a Bounty is payable upon Exportation; and for making Allowances to the East India Company, for their Charges and Expences in managing, paying, and transferring their reduced Annuities. At the Parliament begun and holden at Westminster, the Tenth Day of November, Anno Dom. 1747 in the Twenty first Year of the Reign of our Sovereign Lord George II by the Grace of God, of Great Britain, France, and Ireland, King, Defender of the Faith, etc. And from thence continued by several Prorogations to the Seventeenth Day of January, 1750, being the Fourth Session of this present Parliament. 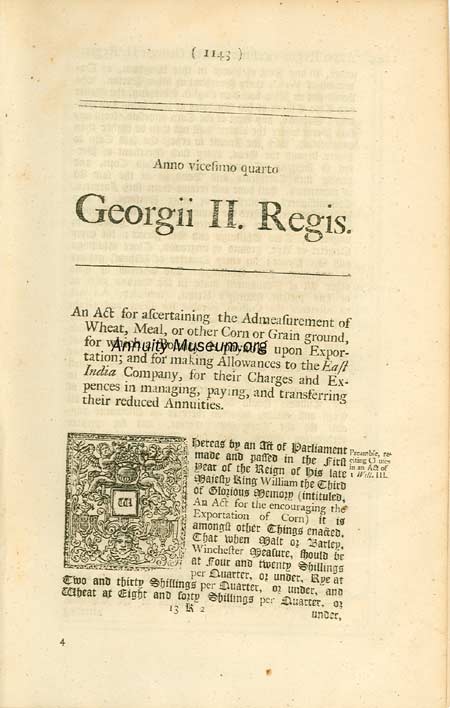