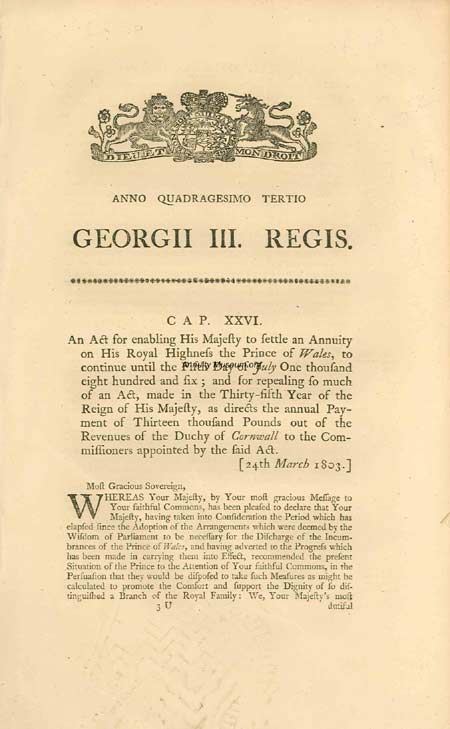 An Act for enabling His Majesty to settle an Annuity on His Royal Highness the Prince of Wales, to continue until the Fifth Day of July One thousand eight hundred and six; and for repealing so much of an Act, made in the Thirty-fifth Year of the Reign of His Majesty, as directs the annual Payment of Thirteen thousand Pounds out of the Revenues of the Duchy of Cornwall to the Commissioners appointed by the said Act. Georgii III. Regis. ANNO QUADRAGESIMO TERTIO.