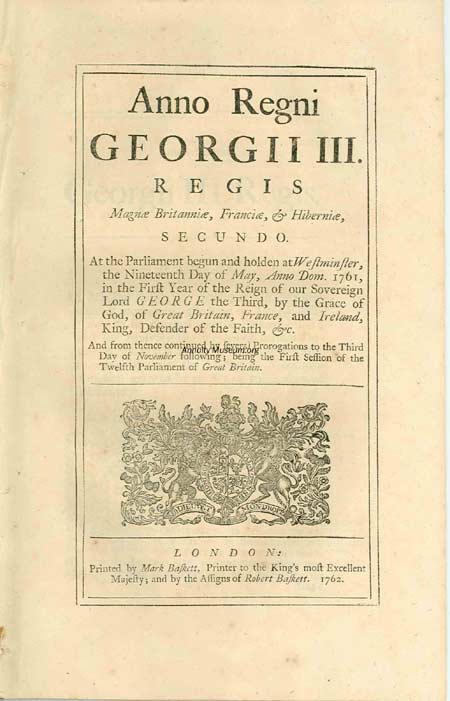 An Act for raising by Annuities, in Manner therein mentioned, the Sum of Twelve Millions, to be charged on the Sinking Fund; and for applying the Surplus of certain Duties on Spiritous Liquors, and also the Monies arising from the Duties on Spiritous Liquors, granted by an Act of this Session of Parliament. At the Parliament begun and holden at Westminster, the Nineteenth Day of May, Anno Dom. 1761, in the First Year of the Reign of our Sovereign Lord George the Third, by the Grace of God, of Great Britain, France, and Ireland, King, Defender of the Faith, etc. And from thence continued by several Prorogations to the Third Day of November following; being the First Session of the Twelfth Parliament of Great Britain. 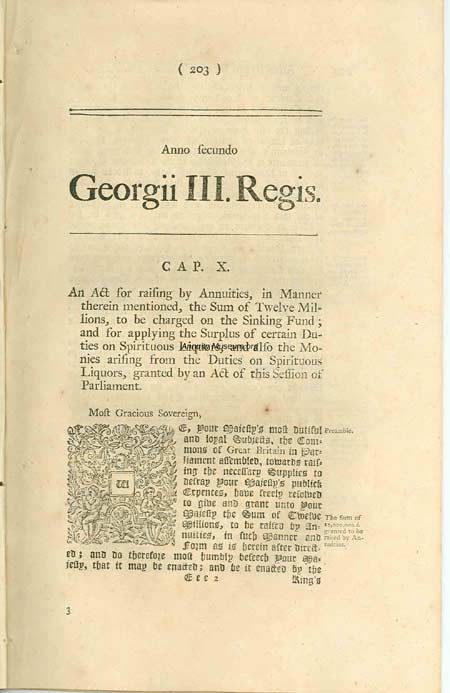