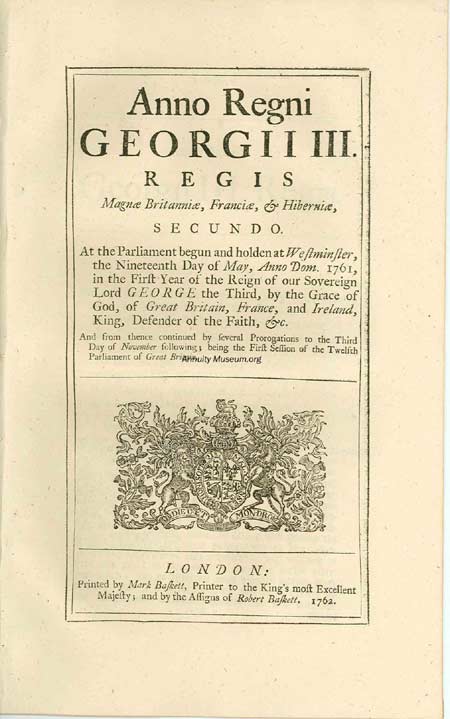 An Act for granting to His Majesty a certain Sum of Money therein mentioned, out of the Sinking Fund; and for applying certain Monies remaining in the Exchequer for the Service of the Year One thousand seven hundred and sixty two; and for settling and securing a certain Annuity for the Use of the Right Honourable Arthur Onflow, Speaker of the House of Commons in the last Five Parliaments. At the Parliament begun and holden at Westminster, the Nineteenth Day of November, Anno Dom. 1761, in the First Year of the Reign of our Sovereign Lord George the Third, by the Grace of God, of Great Britain, France, and Ireland, King, Defender of the Faith, etc. And from thence continued by several Prorogations to the Third Day of November following; being the First Session of the Twelfth Parliament of Great Britain. 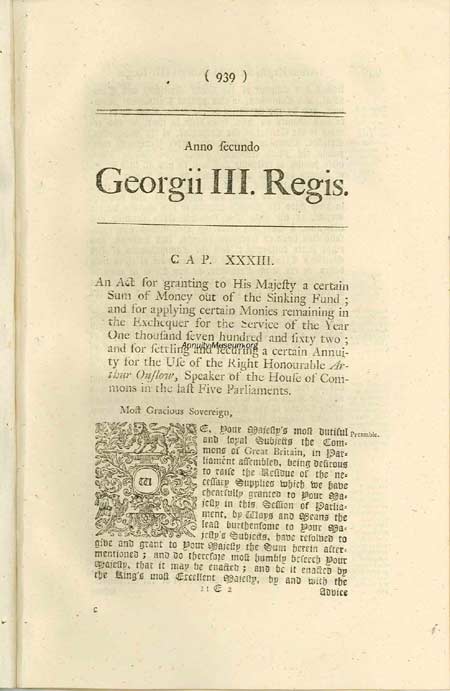