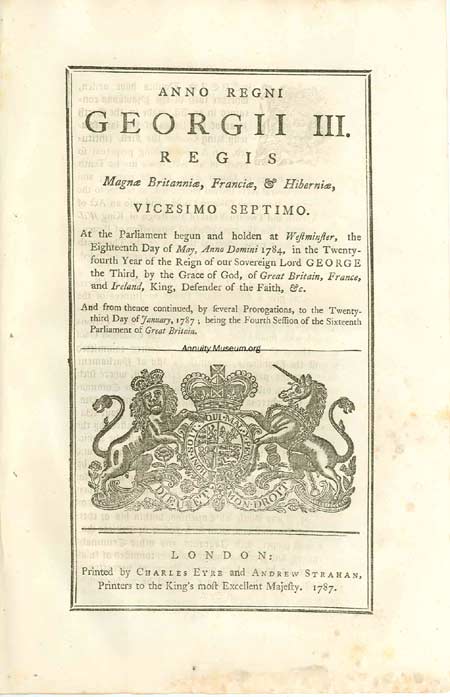 An Act to enable His Majesty to grant a certain Annuity to the Right Honourable Sir John Skynner Knight, late Lord Chief Baron of His Majesty's Court of Exchequer, in Consideration of his diligent and miritorious Services, and of his faithful and upright Conduct in the Execution of that Office. At the Parliament begun and holden at Westminster, the Eighteenth Day of May, Anno Domini 1784, in the Twenty fourth Year of the Reign of our Sovereign Lord George the Third, by the Grace of God, of Great Britain, France, and Ireland, King, Defender of the Faith, etc. And from thence continued by several Prorogations to the Twenty third Day of January, 1787, being the Fourth Session of the Sixteenth Parliament of Great Britain. 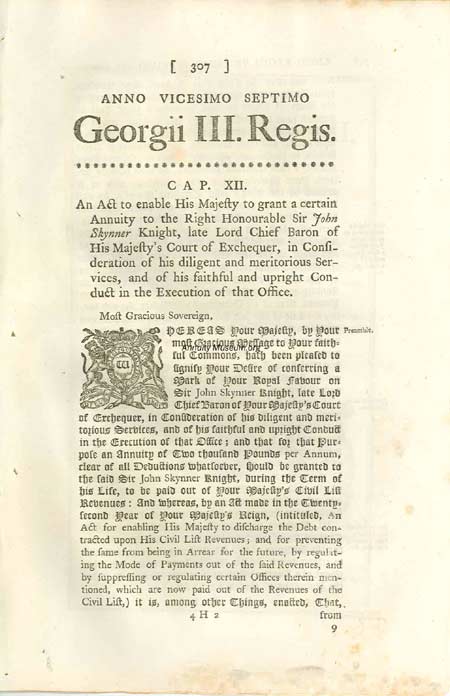