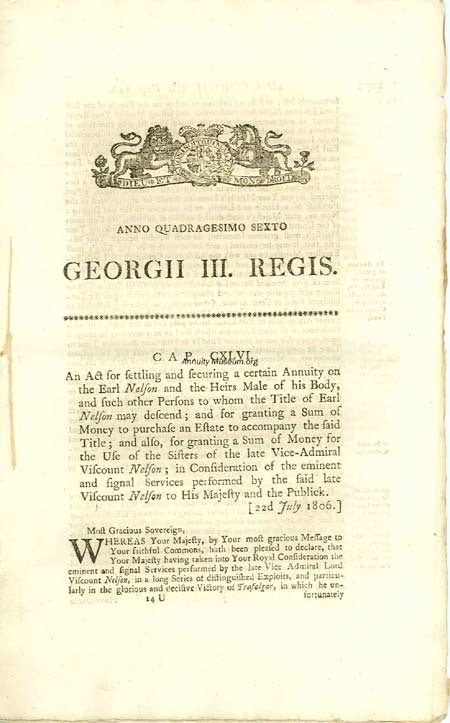 An Act for settling and securing a certain Annuity on the Earl Nelson and the Heirs Male of his Body, and such other Persons to whom the Title of Earl Nelson may descend; and for granting a Sum of Money to purchase an Estate to accompany the said Title; and also, for granting a Sum of Money for the Use of the Sisters of the late Vice-Admiral Viscount Nelson; in Consideration of the eminent and signal Services performed by the said late Viscount Nelson to His Majesty and the Publick. Georgii III. Regis.