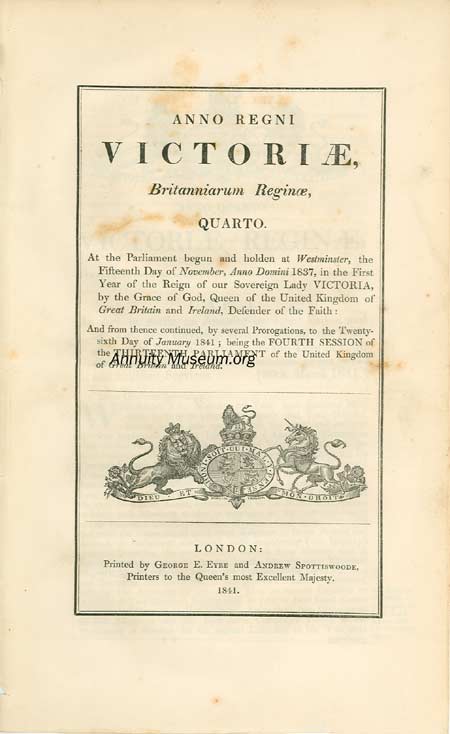 An Act to settle an Annuity on Lord Keane, and the Two next surviving Heirs Male of the Body of the said Lord Keane to whom the Title of Lord Keane shall descend, in consideration of his great and brilliant Services. At the Parliament begun and holden at Westminster, the Fifteenth Day of November, Anno Domini 1837, in the First Year of the Reign of our Sovereign Lady Victoria, by the Grace of God, Queen of the United Kingdom or Great Britain and Ireland, Defender of the Faith: And from thence continued by several Prorogations, to the Twenty-sixth Day of January 1841; being the Fourth Session of the Thirteenth Parliament of the United Kingdom of Great Britain and Ireland. 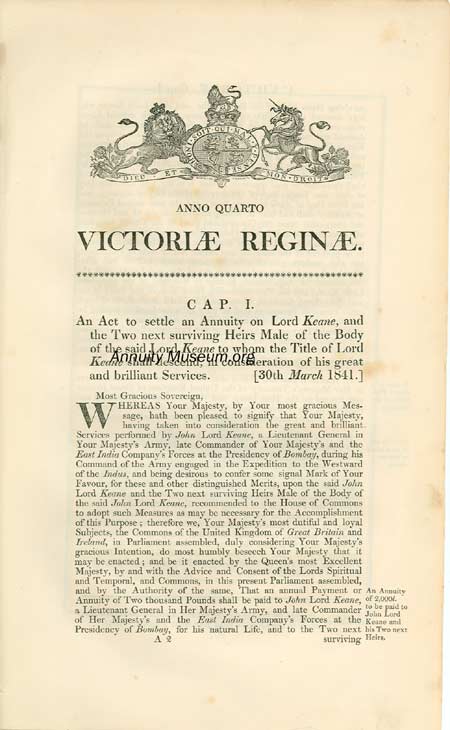