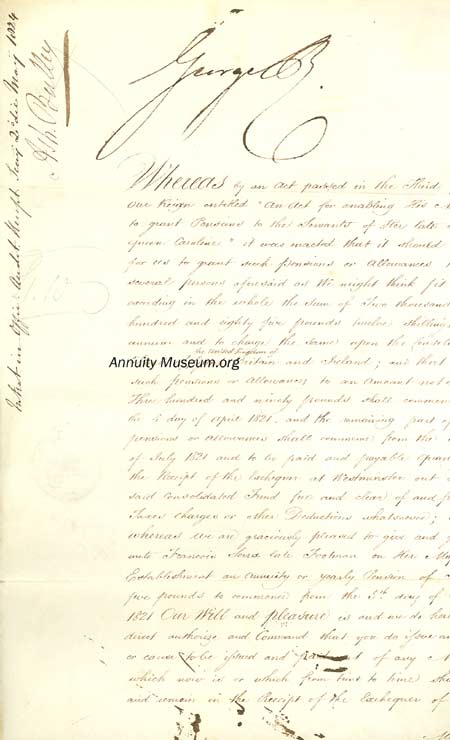 Whereas by an Act passed in the Third year of our Reign entitled "An Act for enabling His Majesty to grant Pensions to the Servants of Her late Majesty queen Caroline" it was enacted that it should be lawful for us to grant such pensions or allowances to the several persons aforesaid as We might think fit not exceeding in the whole the Sum of Two thousand two hundred and eighty five pounds twelve shillings per annum and to charge the same upon the Consolidated Fund of the United Kingdom of Great Britain and Ireland; and that part of such pensions or allowances to an amount not exceeding Three hundred and ninety pounds shall commence from the 5 day of April 1821... Kings Warrant. Francois Serree. 25 pounds annuity as late Footman to Her Majesty. 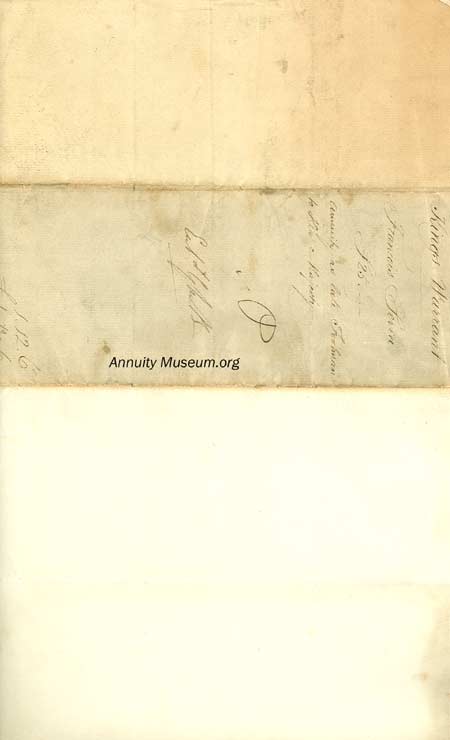