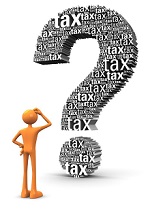 The replacement of an annuity or life insurance policy; i.e. the exchange of an existing policy for a new one purchased from an insurance company without tax consequences, is called a Section 1035 Exchange. To retain the tax advantages of such an exchange, it must meet the requirements of Section 1035 of the Internal Revenue Code for the transaction to be tax-free. A 1035 Exchange allows the contract owner to exchange outdated contracts for more current and efficient contracts, while preserving the original policy's tax basis and deferring recognition of gain for federal income tax purposes.

Reasons for making a 1035 Exchange:

With stock market and interest rate conditions continually changing, it is possible that an annuity which once was the perfect option for you is no longer. If you are in this predicament it may be possible to upgrade your current annuity to one that better meets your needs without paying taxes on any gains.

What are some of the particular reasons you might choose to upgrade your annuity?

It is important to know that while you will not be subject to federal income taxes with a 1035 transaction, you may be subject to surrender fees and penalties imposed by your current insurance company as you make the move to another company's annuity.

How to avoid income tax on any gains in the "old" contract.

Generally, the surrender of an existing insurance contract is a taxable event since the contract owner must recognize any gain on the "old" contract as current income. However, under IRC Section 1035 when one insurance, endowment, or annuity contract is exchanged for another, the transfer will be nontaxable, provided certain requirements are met.

The IRS has indicated through Private Letter Rulings that it will apply a strict interpretation to the rules. For a transaction to qualify as a 1035 Exchange, the "old" contract must actually be exchanged for a "new" contract. It is not sufficient for the policyholder to receive a check and apply the proceeds to the purchase of a new contract. The exchange must take place between the two insurance companies.

To preserve the adjusted basis of the "old" policy.

Two or more "old" contracts can be exchanged for one "new" contract. No limit is imposed on the number of contracts that can be exchanged for one contract. However, all contracts exchanged must be on the same insured and have the same owner. The adjusted basis of the "new" contract is the total adjusted basis of all contracts exchanged. The death benefit for the "new" contract may be less than that of the exchanged contract, provided that all other requirements are met. Face amount decreases within the first seven years of an exchanged may result in MEC status. When the face amount is reduced in the first seven years, the seven-pay test for MEC determination is recalculated based upon the lower face amount.

Under current tax law, contracts exchanged must relate to the same insured. Any addition or removal of insureds on the "new" contract violates a strict interpretation of the regulations. For example, you cannot exchange a single-life contract for a last-to-die contract or vice versa. Under certain circumstances you may exchange a contract with an outstanding loan for a "new" contract. This depends on the guidelines followed by the insurance company with whom the "new" contract is to be taken out. One possibility would be for the loan to be canceled at the time of the exchange. If there is a gain in the contract, cancellation of the loan on the "old" policy is considered a distribution and may be a taxable event. One way of avoiding this result would be to pay off the existing loan prior to the exchange.

Just bought my first SMA and was very happy to have gone through Immediate Annuities.com. I found them in an article in the Wall Street Journal. As a first time buyer, I had a lot of questions. But to their credit, they did a great job answering my questions directly or getting the right answers from the right people when they needed to.

Exchanging a deferrred annuity for an immediate annuity qualifies for tax deferral under IRC Section 1035. However, avoidance of the 10% will depend upon which of the IRC Section 72 exceptions the client is relying upon:

1. Payments made on or after the date on which the taxpayer becomes 59½ will avoid the 10% penalty.

2. Payments that are part of a series of substantially equal periodic payments made for the life expectancy of the taxpayer or the joint life expectancies of the owner and his or her beneficiary will also avoid the 10% penalty.

3. Payments made under an immediate annuity contract for less than the life expectancy of a taxpayer who is under age 59½ probably will not avoid the 10% penalty.

The Notice of Assignment and Change of Beneficiary form, as well as the Notice of Intent to Surrender, should make reference to the owner's intention to effectuate a 1035 Exchange. The policy assigned to the "new" insurer will ordinarily have a stated value. Therefore, the "new" insurer receives valuable consideration upon assignment to it of the "old" policy. For this reason, the "old" policy should not be assigned to the "new" company unless a favorable underwriting decision has been made and accepted by the policyholder (this is especially important for life insurance exchanges).

While the 1035 exchange rules are clear for someone who closes out their entire account and moves all the money to another company, what are the tax consequences when a direct exchange of only a PORTION of an existing annuity is made from one insurance company to another? How would such a "partial" 1035 exchange be taxed?

The IRS, in Revenue Procedure 2011-38 (effective October 24, 2011) provided new guidance on the treatment of such partial 1035 exchanges of annuity contracts.

Before October 24, 2011, the tax treatment of a partial exchange of an existing annuity contract was governed by Revenue Procedure 2008-24.

This 2008 rule said that an exchange is treated as a tax-free exchange if there is no withdrawal or surrender out of either contract during the 12 months beginning on the date the partial exchange was completed or the taxpayer demonstrated that one of section 72q conditions or a similar life event occurred between the partial exchange and the surrender or distribution. The conditions in section 72(q) include the taxpayer’s attaining age 59½ or dying or becoming disabled.

Revenue Procedure 2011-38 amended Procedure 2008-24 by liberalizing the conditions for a partial exchange completed on or after Oct. 24, 2011, as follows:

The 12-month period waiting period before a withdrawal may be taken was reduced from 12 months (360 days) to 180 days. In other words, if the proceeds from a partial exchange were used by the second insurance company to set up a multiyear guaranteed deferred annuity or a fixed index annuity, then no withdrawal should be taken from the new contract for at least 6 months (instead of 12 months under the old law).

In other words, if the money from the partial exchange was used to purchase a new single premium immediate annuity, then under the 2011 guidance you are permitted to begin receiving monthly income immediately (without having to wait 180 days) as long as your new immediate annuity contract was set up to make payments for your life, or for your life plus your spouse’s life, or for a period of 10 years or longer.

Additionally, the old rule which required one of the section 72(q) conditions be met (or that a similar life event occur) was eliminated in 2011.

Effect of Violating the New Rules

Tax consequences of the exchange being voided include:

1. The exchange will be treated as a distribution from Annuity “A”, taxable to the extent of gain in Annuity “A” on the date of the exchange.

2. The money received by Annuity “B” in the exchange will be treated as regular premium.

3.The cost bases in both contracts will have to be adjusted to account for the different treatment.

4.Additional tax reporting will be triggered for one or both companies.

Can A Beneficiary Make a 1035 Exchange of an Annuity After the Owner's Death?

In the past, annuity beneficiaries had only limited options available for managing their inherited asset; annuitize the current contract ‘as-is’ within 12 months or withdrawal the entire account’s cash value within five years. The latter would result in the taxation of any gains.

To qualify under this new IRS ruling, the following conditions must be met:

1.The new annuity contract must extend the original contract’s terms

2.The taxpayer will become the new contract owner for purposes of ongoing taxation

3.The new contract must remain an annuity contract

4.The current annuity’s value must be transferred to the new annuity company in its entirety

This expanded option creates new considerations for annuity beneficiaries. As this IRS ruling is relatively new, insurance companies may not yet be willing or equipped to handle such transfers. So, be sure to discuss what types of options are offered as well as fees that will be assessed prior to initiating such as transfer.