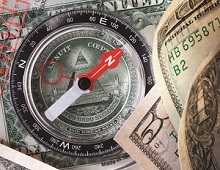 As retirement approaches, two of your biggest concerns are how much income you will be able to produce from your accumulated assets and will that income last for your lifetime.

A recent study by the Stanford Center on Longevity and the Society of Actuaries discovered that one of the most important considerations affecting a retiree’s income is the investment vehicle chosen at retirement.

This is a table illustrating today's top interest rates for fixed index annuities. The table lists the name of the insurance company, years that surrender charges would apply, and the premium bonus, if any. To learn more about deferred annuities click any line in the chart or call 800-872-6684 for quick answers.

In addition to reviewing the results from each of the above withdrawal strategies, the report also considered three different annuity contracts, each offering lifetime income to the contract owners. The annuities considered included:

The report used Monte Carlo simulations to project retirement outcomes based upon a number of potential economic variations. What the report showed is that the amount of retirement income produced by these strategies can vary significantly.

The results from the report can be summarized as follows:

Each of the scenarios described above utilized inflation adjusted figures. As you can see, the income produced during retirement years depends tremendously on the vehicles selected and the strategies utilized for withdrawals.