Senior Housing: A Remedy for Loneliness

The vast majority of seniors in an AARP survey said they want to age in their homes "as long as possible" and they want to do so with as little help as possible. But when the rubber meets the road – in old age – the elderly often learn that isolation is bad for their psyche and their health.

After his wife of 36 years died from cancer, Dick Lawrence experienced something new: loneliness.

Like many widows and widowers before him, he had to build a new life for himself, despite having the comfort of a large family of four living children, six grandchildren and seven great-grandchildren. His first small step was accepting an invitation to play poker at Shillman House, an independent housing community for seniors. The man who called to invite Dick knew a woman who used to play Mahjongg with Linda.

Next thing he knew, Dick sold his family home in Framingham, Mass., and settled into one of Shillman's 150 apartments. Now he plays two poker games a week, works out in a gym, and socializes with Shillman's residents every evening in the dining room. At night, his terrier, Rusty, keeps him company watching baseball games on television.

"I want to visit as long as I can," Dick jokes about his plan to spend his final days there.

There are downsides even to living in a community for independent seniors, with the constant reminders of the vulnerabilities that come with aging. When a resident suddenly becomes ill and is driven away in an ambulance, dread spreads among the residents that he or she might not be coming back.

Still, they say, the positives far outweigh the negatives. All in their 80s, the seniors interviewed by Boston College have visibly slowed down but are still enjoying vigorous social lives.

The following are profiles of widows and widowers who, like Dick Lawrence, sold their beloved family homes, got rid of rooms full of stuff, and moved into a Shillman House apartment – starting with Miriam Levy, a former housewife who has only recently retired after 23 years of volunteering at a local hospital.

One terrific thing about moving into Shillman last January is no longer feeling overly reliant on her three devoted children, all of whom live within driving distance. "I plan my own entertainment," Mimi Levy said.

She had cared for her ill husband for two years before he died last year. But selling their 7-room ranch house liberated her from the worries of housekeeping, paying utility bills, and keeping up with constant repairs.

The transition to senior housing wasn't smooth. Soon after moving into Shillman, her friend who was already living there died after she had smoothed the way for Levy's introduction to the community. But Levy, a pleasant 87-year-old go-getter, was adopted by a clutch of women residents who dine together every night. They are very close and watch out for each other – and keep each other busy.

Levy's schedule on Wednesdays is especially jam-packed, starting with 10:15 a.m. exercise class, a late-morning current events discussion, and a chair exercise class in the afternoon. Each day ends with dinner with her five girlfriends, followed by a relaxing evening of television. "It's a full life – it's like playing every day," she said.

Levy still drives, and one disappointment is that her elderly friends are more sedentary than she likes to be, though they occasionally go to the movies. But, she said, "I wake up every morning and say, 'Thank god, I am not in my house all by myself.'" 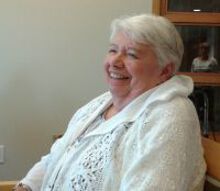 During a five-year illness that tied her husband, a lawyer, to a wheelchair, Marjie Fox carried all the responsibility of caring for him. Now, others are taking care of Marjie.

When she is ill, friends at Shillman walk her Maltese, Winston. When an appliance breaks, in-house maintenance staff repair it immediately. Several of her dearest old friends have died, but Fox, who is 84, keeps very busy with friends and her activities at Shillman. She sits on the residents' association board and is involved in a program in which residents write letters to elementary school students and then meet their pen pals at the end of the year. Outside Shillman, she's in a book club, plays bridge, and goes to the local symphony and swim exercises at the YMCA.

Despite having difficulty walking, she keeps moving. In early August, she boarded a bus to the Berkshires to enjoy the summer outdoors for three days. But she relishes her community of independent seniors the most in the cold, snowy winter months, when it's more difficult to get together with her daughter living nearby. "When the roads are bad, there's always someone to do something with," she said. "I have a lot of friends here."

Friends outside of Shillman have asked, incredulously, how Marjie could possibly have moved into an 750-square-foot apartment at Shillman. "I said, 'Easily – it's just me and the dog.'"

Charlie Raskin was a local celebrity in his town, known for his involvement in politics and his award-winning work as a housing advocate and board member on the housing authority.

Initially, Charlie wasn't drawn to Shillman for the social life. After his wife died, the feisty one-time salesman for a large clothing manufacturer kept up his many outside interests, chief among them adult education classes, most recently an art course and one on the literature of Graham Greene.

Raskin, now 87, said he joined the first crop of residents to move into Shillman when it opened, in order to simplify his life. But another reason was that, in the back of his mind, he knew even then that, as he aged, he would come to appreciate the community he found there.

"There comes a time I would need a social life," he said. That time has come for Charlie and many others at Shillman.