Will You Make Smart Financial Decisions When You’re Older? 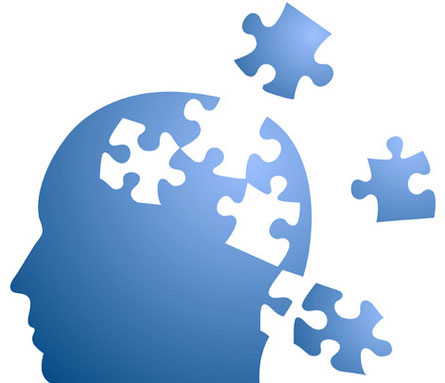 Last week I received a phone call from the daughter of a long-time client. She was visibly shaken and her story echoed a theme I’ve heard far too often.

Her father (who was living alone since his wife died six years ago) was needing more and more help managing his home and finances. Worse, while piecing together his finances, she discovered two very disturbing transactions: a substantial down payment on an unneeded (and undelivered) home repair and a transfer of over $35,000 into an investment account that struck her as scammy, to say the least.

She was panicked about what she had seen, and even more worried about money that might be missing which she hadn't yet found out about. I gave her some suggestions on who to turn to and how to research geting more help.

Her call was another reminder about a problem I've seen before and it motivated me to write this article.

Sad to say, as we age not only do our decision-making skills decline, but it seems there are legions of unethical folks just waiting to pounce when they find an opportunity to take advantage. I've heard stories about all kinds of coercion and scare tactics used to get a senior to part with his or her funds. Often these schemes involved choices my clients would have easily slammed the door on when they were younger.

I was hesitant at first to buy an annuity on the internet. Once I got your quote report and read your reviews I was happy I found your website. Your phone reps were always very helpful. You made the whole thing go really simple. Thank you guys!

What you and I might anecdotally refer to as "Dad having lost his good sense," scientists who study the effects of aging label as “cognitive decline.” Simply put, for most of us, our intellect gradually becomes less acute after age 60. Of course, we all know seniors deep into old age who seem sharp as a tack, but for the majority, cognition does gradually fail.

Michael Finke, John Howe and Sandra Huston are three researchers who measured the degree to which effective financial decision-making declined after age 60. Their study, Old Age and the Decline in Financial Literacy, revealed an average 1 percent per year decline in financial literacy after age 60. While this may not sound like a lot, the cumulative effect of the loss over many years does add up.

A recent study by Boston College titled How Does Aging Affect Financial Decision Making? found more than half of all seniors who experienced significant cognitive decline continued to maintain primary control over their finances, including 401(k)/IRA and other savings and investment accounts. Not surprisingly, the report noted that age related cognitive decline could represent a significant threat to the financial well-being of seniors.

What’s more, the Boston College report went on to report that seniors’ confidence in their financial decision making increased as their actual abilities decreased, a potentially dangerous combination.

How To Prepare For Financial Cognitive Decline

While we all hope to maintain our mental sharpness deep into old age, how do we protect ourselves if our decision-making should decline? After all, based on the research, we may be feeling more sure about our skills at the exact time when we should be seeking assistance from others.

The best advice I've heard is to plan early for this eventuality, and the best time to do that is when we're in our 60’s, essentially building a firewall against poor decisions an "older you" could make. This kind of action plan may include annuitizing some funds and assigning legal roles to trusted family members or advisors to act on our behalf should the need arise.

A written action plan is best. It should include the necessary legal paperwork, as well as clear instructions for accessing all savings and investment accounts. In addition, it should include a list of the important and trusted people in your life who should be consulted before actions are taken on your behalf. Once in place, you should review these documents regularly for any updates that are needed. Be sure to review these documents with legal and financial professionals and ensure your trusted family members know they exist and how to find them.

It may seem odd planning to protect ourselves from, well, ourselves, but doing some work before we get too deep into old age may well save both ourselves and our loved ones from unnecessary loss and confusion in later years.

How Does Aging Affect Financial Decision Making? By Keith Jacks Gamble, Patricia A. Boyle, Lei Yu, and David A. Bennett